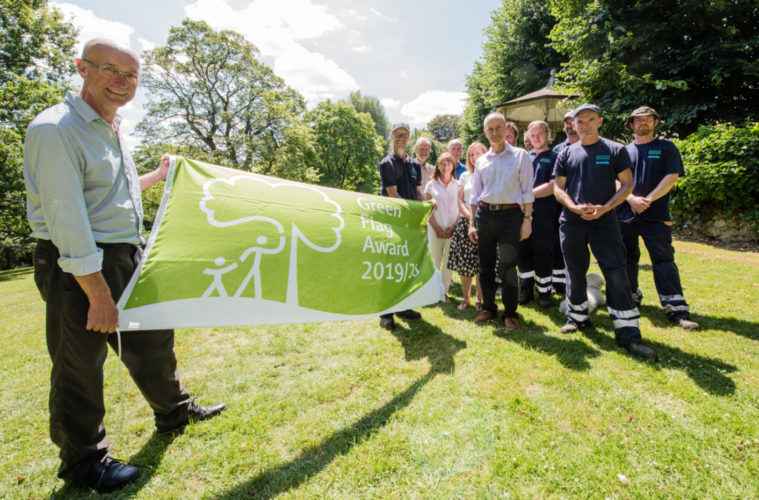 Work carried out by residents and Bath & North East Somerset Council to improve and revitalise Bath’s Hedgemead Park has been officially recognised with a Green Flag Award.

The 130-year-old park is one of five across the city that have been officially named as among some of the country’s very best green spaces.

This international award, now into its third decade, is a sign to the public that the space boasts the highest possible environmental standards, is beautifully maintained and has excellent visitor facilities.

The flag will be on show at the Hedgemead Park 130th Anniversary Summer Fete on Sunday 21 July, which runs from 1-5pm. Organisers are turning the clock back so visitors can experience the recreation of the original Victorian opening ceremony performed by the Natural Theatre Company and there will be a host of entertainment including:

Councillor Paul Crossley, cabinet member for Community Services, said, “I’d like to congratulate residents of Walcot, Lansdown and Camden who’ve worked with the council in transforming Hedgemead Park. A Green Flag is just reward for their outstanding efforts.

“We are absolutely delighted to receive five Green Flag Awards this year for our beautiful parks and this success is also very much due to the hard work and dedication of each park’s Friends Group.

“We know how much quality green spaces matter to residents and visitors, and the Green Flag awards recognise and celebrate the dedication that goes into maintaining these parks to such a high standard.”

To find out more about parks in the area, click here