Having negotiated a few airports with my little girl in the past I have always very successfully used cloth carriers. When I booked my latest last minute adventure, however, it struck me, at seven months pregnant, that I was going to need to find a different way to negotiate the corridors, travel systems and waiting rooms of Heathrow. I was looking for something lightweight that folded up small. Fortunately the Aurora Travel System from ickle bubba seemed to be just the job.

This travel system incorporates both a car seat and base, and a pushchair, all designed for children from birth up to 15kg. The car seat clips onto the pushchair for smaller children but, at a tall 18 months it is too small for my girl. At 5.5kg, the pushchair itself is very light and I initially wondered if it would be sturdy enough. There is certainly not enough weight in the frame to hang anything off the handlebars but it does have a deceptively large basket under the seat which fitted my carry-on bag.

When it comes to the features, certainly the lie flat option and multiple recline positions are very useful, as is the fact that it has a one-handed, easy action fold – something that’s particularly important when you’re juggling the pram and multiple bags! There’s also a rain cover included, as well as a carry bag and car seat foot warmer.

Negotiating departures was made a lot simpler for two reasons: the first was that the sides have quite a low profile so a nosy toddler can have a good look about; the second is that it does fold up very small and was no hassle to put through the x-ray machines. Its small size then proved useful when we boarded, having folded it at the cabin crews request and having been told it would have to go in the hold, I was then very suprised when they took one look and put it in the locker with their carry on bags! This certainly bodes well for it fitting neatly in the boot of even the smallest family cars.

Upon finally reaching our destination, the good news was that the system had survived the flight perfectly, allowing me to strap-in and recline my sleepy toddler as we stood in the visa que. My only niggle was that the slides that hold the sides to the frame unclip very easily when it’s folded but I suspect some tape for the return journey will sort the glitch.

Overall I am impressed with the pushchair and it will definitely see a lot of use. 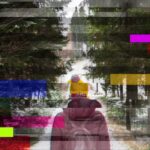