Competition time! We have a prize of two tickets to see David Hare’s modern classic Racing Demon at the Theatre Royal Bath on Tuesday 27th June at 7.30pm.

All you have to do to have a chance of winning is to send an email marked ‘Racing Demon’ and containing your name and phone number, to email hidden; JavaScript is required to reach us by 22 June 2017.

Winner of all four major Best Play Awards when it first opened at the National Theatre in 1990, Racing Demon has since been a hit all over the world. Last seen at the Theatre Royal in 1991, David Hare’s gripping drama now returns to Bath for the first time in twenty-five years.

Four clergymen seek to make sense of their mission in inner-city London whilst facing their own personal crises. David Haig plays Lionel Espy, a cleric whose faith is wavering as his parishioners dwindle; there’s tabloid-hounded gay vicar Harry Henderson; ‘Streaky’ Bacon, a genial reverend with a taste for tequila; and a charismatic young curate, Tony Ferris whose arrival is set to fan the flames, whilst his relationship with his lover turns to ash. The day of judgement is at hand for all. 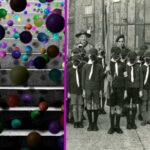