Pupils at St Saviour’s Junior School in Larkhall, Bath have an innovative new play and classroom space thanks to local bus company First West of England, which has donated a bus from its fleet to the school.

The bus was officially opened at the school by First Bus MD James Freeman after a top secret operation to repaint and refit it over the summer by First Bus and St Saviour’s.

The idea came about when St Saviour’s Head Joe Beament was looking at ways of creating some new space for the rapidly expanding school. He explained, “We needed to convert some of our existing space including our music room into classroom space for this academic year as so many children were joining St Saviour’s in September. What we really needed was something we could create into a multi-use space which would also be fun. I had heard about a similar scheme in Bristol with a bus and I decided to give it a go and approach First.”

Much to his delight, First West of England operated a bus donation scheme and promised to find a single decker bus that would be suitable. They made some calls to sister companies in other areas and found one just about to be decommissioned. And now the school has become the proud owner of a real bus.

Over the summer, First engineers stripped most of the interior and repainted the bus in a green livery, as requested by St Saviour’s, fitted the nearly empty bus with bookshelves and seating, and hooked it up to electricity and water before it was delivered to St Saviour’s playground, to the delight of the school’s pupils.

Joe added, “We are lucky enough to have excellent outside space so the new bus fits in perfectly right beside the school. The children could not believe their eyes when they saw it and realised they would be able to play and learn in the space. It is already proving a great attraction for the children and an incredibly useful space for them to play and learn in. We are also using it for music lessons which is a novelty!”

“St Saviour’s had a record intake this September in recognition of our ever-growing reputation so we are delighted to be able to provide this resource in conjunction with First Bus. We are very grateful for all their support and help with the project – it is a great example of what businesses can do for the community.’

Officially opening the bus, First West of England Managing Director James Freeman said, “It is wonderful to see our old bus with a new life. It is clear that it is going to be very much a part of school life and that the children are really enjoying it.”

He told the assembled children, “This bus has had a lucky break having an after-life with you here. Use it and enjoy it!” 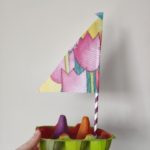 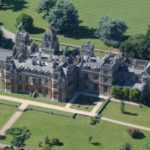