Pupils from St Margaret’s Preparatory School in Calne school were able to try everything from plate spinning and juggling, to discovering the mystery of gases and bubbles when they took part in Culture Week.

Pupils aged from three to 11 were left excited and enthralled by the different experiences intended to enrich, stimulate and challenge them. They had the chance to take part in Clare’s Circus workshops and The Bubble Show presented by Explorer Dome, as well as a European cookery sessions.

Deputy Head, Cath Jones, explained, “Clare’s Circus ran workshops throughout the day, with a focus on plate spinning, diablo and juggling. The concentration on the faces of the children as they persevered with a new skill, their support of each other and their delight as they got to grips with the technique was wonderful to see; Clare also gave a demonstration of her skills to the whole school!

“The Bubble Show, presented by Explorer Dome, was a chemistry lesson on a huge scale. Performed at three different levels, each show led to everyone learning a range of scientific vocabulary, as well as being especially impressed by the bubbles filled with carbon dioxide! Alongside these activities, we also enjoyed some cookery sessions, with children producing a European afternoon snack for their peers; these included pizzas, Swedish cinnamon rolls and mini quiches.” 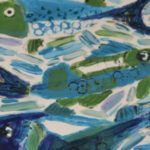 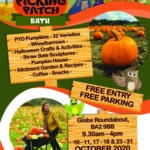 Pumpkin Picking with the Pumpkin Patch