The Paragon’s Bake Off raises nearly £250 for charity

Three Year 5 pupils at the Paragon, Bath, had the brilliant idea to organise their very own Bake Off-inspired event and cake bake sale, and raised nearly £250 for the school’s charity. Ava, Eliza and Iris organised the whole event and invited pupils in Years 3 to 6 to bake and ice their own cupcakes or cookies, then bring them in to school to be judged.

The number and standard of entries were amazing and it was decided that the best way to pick the winners for each year group and an overall winner was to sample every cake! Ava, Eliza and Iris were joined by Year 5 class teacher, Miss Barnes, and Head of Pre-Prep, Mrs James, for the judging – a tough job, but someone had to do it!

At the end of the day all of the cakes were sold, with a hugely impressive £247.96 going towards the school’s charity, Save the Elephants.

Year 5 teacher, Miss Barnes, commented, “We are really proud of Ava, Eliza and Iris for coming up with such a great fundraising idea and putting in a lot of hard work to ensure so many children entered cakes and in turn helped to raise a huge amount for the school’s charity. Well done girls!” 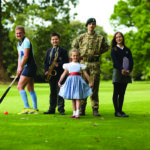 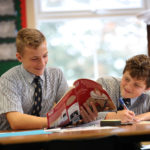