Good news for those family trips into Bath and your children need their drinks bottles refilling… About 50 businesses in Bath have also signed up to the Refill scheme to help cut down on the use of single-use plastic bottles.

Refill is a national, practical tap water campaign that aims to make refilling your bottle as easy, convenient and cheap as possible by introducing refill points on every street. The campaign sees a growing number of friendly cafés, shops, hotels and businesses welcoming you in to refill your water bottle – for free!

The result is that stickers are appearing in shops and cafes around the city promoting the scheme, which also uses an app to help you find the Refill Stations and collect reward points every time you refill.

Bath and North East Somerset Council is supporting the Refill scheme and its café at the One Stop shop in Lewis House, in Manvers Street, is the first council venue to be added as a refill station.

Refill Bath co-ordinator Vipul Patel, is working with volunteers to promote the campaign aimed at reducing plastic pollution and promoting health hydration by making refilling a bottle of water easy.

Recycling your bottles is good but reducing the number you use is even better – the UK sees an estimated 800 plastic bottles a minute either ending up in landfill or as litter, which too often makes its way into our waterways and out to sea.

In the UK, a staggering 36 million plastic bottles are used every day – that’s 13 billion a year – enough to go around the world 31 times – but we recycle only 58% of them.

There are now more than 5,700 Refill points around the UK. For more information about the scheme and to find out about the app go to

Find out more about plastic www.bathnes.gov.uk/plastic 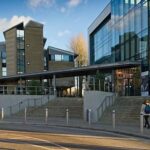 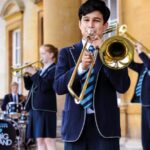