Review – Hairspray at the Bristol Hippodrome

My daughter, who’s a huge fan of the 2007 film, asked if we could see the stage version of Hairspray, the flamboyant musical set in 1960s America.

I’ve been aware of the the musical since John Waters’ movie from 1988 but somehow never managed to see it. In fact, it was when my 13 year old daughter played songs from the show (pretty much on a loop) in her bedroom that I first heard them.

It’s probably worth pointing out that I’m not what you’d call a seasoned theatre goer and this was actually my first visit to the Bristol Hippodrome.

When I asked my daughter what to expect from Hairspray, she informed me, “It’s about prejudice.” That may not seem the best premise for a musical but to be honest that isn’t a bad description as it addresses many prejudices head on. And it does it brilliantly with humour, outstanding music and an incredible feelgood factor.

The show opens with the central character, Tracy Turnblad, played by Rebecca Mendoza, singing about her home of Baltimore. It’s a great introduction to the story, upbeat and tongue in cheek; the humour and pace are constant throughout the entire performance.

Tracy dreams of being a dancer on the Corny Collins TV show and has to overcome obstacles on her journey with the help of her friends and family. Her ambition is challenged by the attitudes of the society she lives in, making to make this a story that is as relevant today as it is in the era it’s set in.

The cast are exceptional, it’s quite clear that they are enjoying the performance as much as the audience. Norman Pace and Matt Rixon, who play husband and wife Wilbur and Edna Turnblad, worked off each other superbly, resulting in plenty of laughs both off stage and on. Layton Williams as Seaweed performs incredible dance numbers incorporating acrobatics, while showcasing a voice that caused my daughter and I to look at each other as say “Wow!” when he belted out a storming soul number. Brenda Edwards, playing Motormouth Maybelle, meanwhile, sang with the power and feeling of Aretha Franklin; quite simply stunning to hear.

As a 48 year old with a beard and tattoos, I was very surprised by the feeling of empowerment that hit me during the rendition of ‘Mama, I’m a Big Girl Now’!

As my daughter knew the songs, she sang along as I tapped my feet (the greatest compliment a self-conscious dad can give to live music!). There were plenty of laugh out loud moments throughout which both my daughter and I could appreciate. Now this may sound strange as Hairspray addresses prejudice, but it is very inspirational. As a 48 year old with a beard and tattoos, I was very surprised by the feeling of empowerment that hit me during the rendition of ‘Mama, I’m a Big Girl Now’! If you’ve seen the show you may well know what I mean; if you haven’t, don’t read that as being anything other than a statement about the power of the show.

The costumes are bright, the hairstyles are OTT and the choreography is fantastic. As someone who is renowned for visiting a cinema and falling unconscious for a couple of hours, getting fidgety was never going to be an option as the energy the cast put into the performing keeps you enthralled.

In my (admittedly limited) theatre experience, I have never witnessed an audience give such a rapturous standing ovation at the end of a performance as I witnessed at Hairspray. As someone who was ‘just taking his daughter to see a musical she enjoyed’, I was very surprised at how much I enjoyed it; the soundtrack was downloaded during the interval on my phone, it’ll be played a lot.

As we left my daughter asked if we could get tickets to see it again. It’s tempting, very tempting indeed.

Hairspray runs at the Bristol Hippodrome until 10 March. For more information and tickets, click here 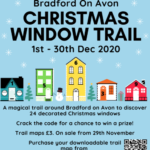 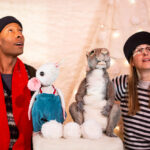 Advent Calendar at the egg 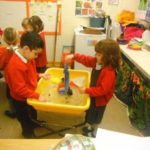 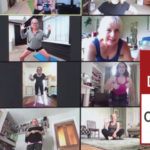