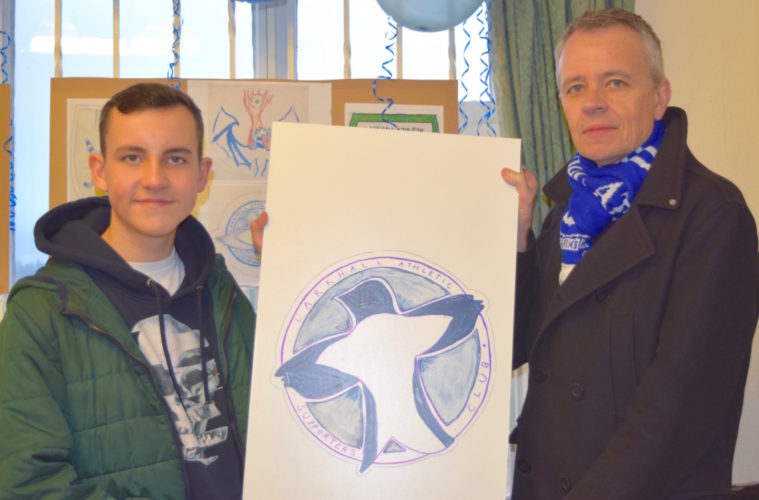 Milo Martin, a Year 9 pupil at St Mark’s School in Bath, has won a competition to design the club badge for the supporters’ club of Larkhall Athletic Football Club.

The Larkhall Athletic Supporters’ Club was formed in 2018 and launched a competition for pupils from St Mark’s to design a new supporters’ club badge. Milo’s winning design was unveiled at a home game last month.

Milo was presented with his prize, a gift voucher and club scarf, by Helen Stanfield, who along with another local artist, Steve Hall, judged the competition. Helen explained, “Milo’s design was chosen as his beautiful illustration of the lark in the club colours could be reproduced easily and be easily recognised.”

Miss Buckley, Milo’s art teacher at St Mark’s, added, ”We were very happy to be involved and thrilled for one of our very talented pupils to be given the chance to see their artwork shared in the community in this way.”

All seven runners-up received a Beaufort Bookshop book token and a club scarf, while the school was presented with a framed momento.