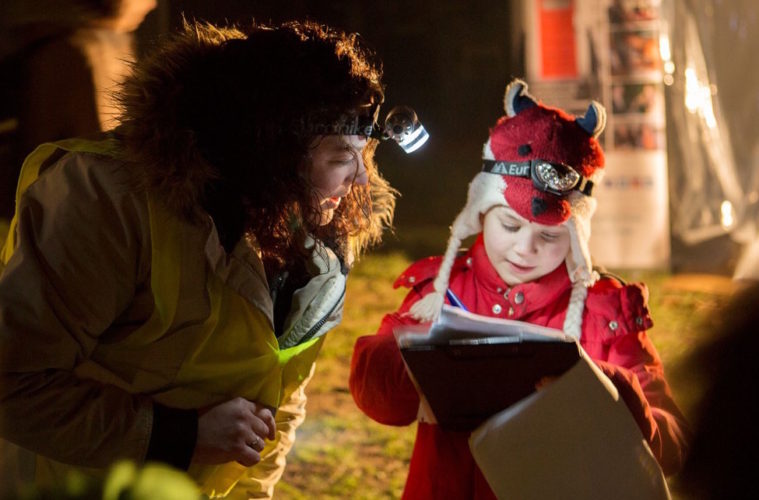 Despite the initial rain during the evening of Friday 8 March, this year’s Big Bath Sleep-Out saw over 300 people – including many from local schools – taking part, making it the charity’s most participated Sleep-Out to date.

The event, which celebrated its 10th anniversary this year, welcomed families, friends, colleagues and community groups to Alice Park and saw them ditching their beds for one night to help raise much needed funds and awareness for Julian House and its increasing number of homelessness projects. Equipped with just sleeping bags, cardboard and plastic sheeting, over 300 people braved the mud and cold to help those forced to do it every night. 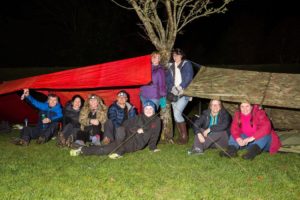 Organiser Cathy Adcock is delighted that so many people took part in the event, despite the rain during the afternoon and early evening leading up to the event.

“We are so pleased that so many people were willing to forego their normal creature comforts and warm homes for the night. Obviously sleeping out for one night doesn’t come close to the realities of homelessness. It does, however, give people the chance to empathise with those who are forced to sleep rough every night and those that took part certainly did just that.

“We also had some great groups from local businesses including colleagues from Stone King, Nationwide Bath, Metro Bank, Actual Experience and Pure Planet, to name a few.”

“So far the online donations are running at £30,000 which is outstanding – and there will be more donations coming throughout March. It would be fantastic if the event could raise over £50,000 for the charity’s 10th event. 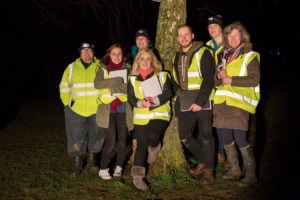 “Thank you to everyone who took part and raised sponsorship and to everyone who made it happen. The team at Alice Park Café continued their support of the event by serving hot drinks and snacks, and then serving very welcomed bacon rolls for the participants in the early hours of the morning. Special thanks also go to all the volunteers who helped on the night as well as Bath Boules Charitable Trust, Mines Leisure and Kennet Sign & Display.”

At its foundation, over 30 years ago, Julian House was set up to offer direct support to some of the most marginalised people in society – the homeless. Julian House now operates over 40 projects across the South West which not only address the symptoms of homelessness, but also tackle the underlying complex causes. These include the emergency hostel in Manvers Street; supported housing for men and women with specific needs including mental health issues; and men, women and children who are escaping domestic violence.