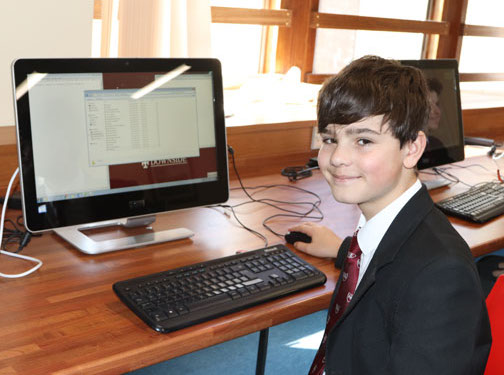 Downside School has added A-level Computer Science to its curriculum for September 2019. The school has also doubled the computing provision for the First and Second Forms, and introduced two periods of computing per week for the Third Form. Overall, this means that the school now offers computing to Six of the Seven year groups, giving a solid progression for all pupils.

In September 2017, Downside School took the decision to introduce one period of Computer Science to all First and Second Form pupils. The course was so successful that, the following September, GCSE Computer Science was launched at the school.

“In a fast-paced and increasingly computerised world, understanding how technology works is extremely useful, not only to everyday life now, but also for its potential applications in years to come,” explained Mrs Beck Ward Murphy from Downside School. “There are currently 13 Fourth Formers studying GCSE Computer Science here. This year, they have been enjoying learning both programming and computational theory – learning to think and solve problems logically, like a computer.”

Fourth Former Ella, who is developing a Chinese to French translation game, added, “People used to think IT was just for boys. Now it’s for everyone. It’s very cool.” Meanwhile Angelina, also in the Fourth Form, is working on a simple messaging service, also using code. Having previously studied C-language in China, Angelina finds Computer Science at Downside “a challenging but very useful skill.”