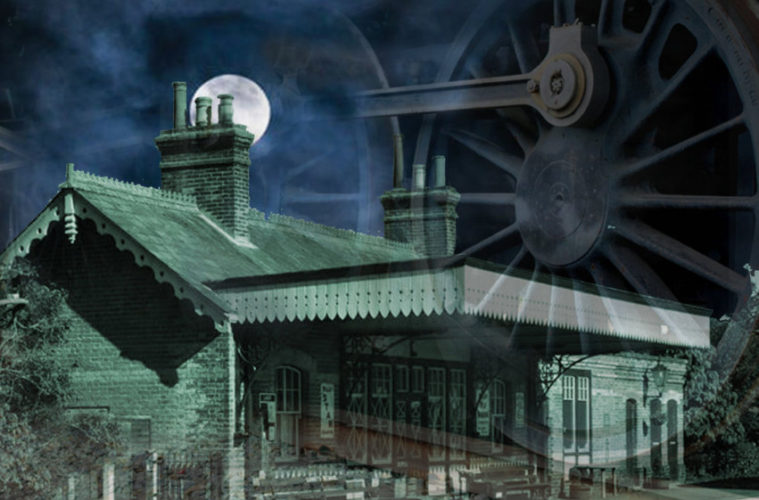 Review – a family visit to The Ghost Train at the Rondo Theatre, Bath

Ian Waller and his family enjoy a night out in Bath, culminating in a visit to the Rondo Theatre

With a birthday to celebrate, we decided that a family evening out would be a perfect way to help celebrate. After a meal out at the Velo Lounge on Moorland Road, we headed off to The Rondo in Larkhall for one of the classics of local theatre, The Ghost Train by Arnold Ridley.

The Rondo is a cracking theatre, intimate, atmospheric, with loads of charm and a friendly welcome. It’s also a great showcase for upcoming talent and emerging theatre companies, as well as more amateur productions, including tonight’s production by Bath Theatre – the one-time company of The Ghost Train’s writer and Dad’s Army actor Arnold Ridley.

And right from the start, the production has a decidedly amateur dramatics feel, with exaggerated performances, the occasional mumbled line and somewhat stilted movements. But even so, there is a undeniable charm about the evening, no doubt helped by the surroundings of this lovely theatre.

The story is set on a wet and wild night in a remote Cornish railway station just after World War One, where a group of passengers have been stranded thanks to the foolish actions of one of their party. Within no time, the group is introduced to the terrible story of the ghost train, the result of a disaster that happened at this very station a few years earlier. Full of ghosts, madness, dead bodies and the threat of the demise to anyone who happens to see the ghost train, the tension and mystery builds as the threat of the return of the train becomes ever closer.

I admire any actor who treads the boards, no matter what the size of the stage or the theatre they perform in, and there was was much to be impressed with in this production. Ian Crook at the station master delivered just the right level of tension and horror to his telling of the tale of the original ghost train, while Drew and Emily Toynbee as the young married couple Charles and Peggy Murdock brought real feeling and emotion to their parts. Elsewhere there was certainly plenty of energy and enthusiasm in the performances, if perhaps not always the subtly and depth that might have added to the characterisations.

The minimal stage setting meanwhile, was effective and well suited to the small stage. Where the production missed out, however, was with the lack of really effective storytelling. Yes, the basic premise was fun, the occasional humour worked to an extent and even the scary bits, while some way off the levels of The Woman In Black, were suitably effective, with my eight year old needing a comforting hand to hold. However, with over-wordy passages, holes in the plot and a poorly considered twist in the tale – which had the undeniable feel of an episode of Scooby Doo about it – in truth the plot didn’t hold up.

Still, around the packed theatre, the audience appeared to be enjoying the tale telling, and while my 13 year old daughter wasn’t too impressed, her younger brother was more enamoured.

It had been a while since we’d visited the Rondo and this was a pity, because there is so much to like about this cracking local theatre. OK, The Ghost Train wasn’t a runaway success, but it was a fun way to round off a special family night out, with few fears of nightmares for the younger audience members.

The Ghost Train runs until 11 May. For more details, click here