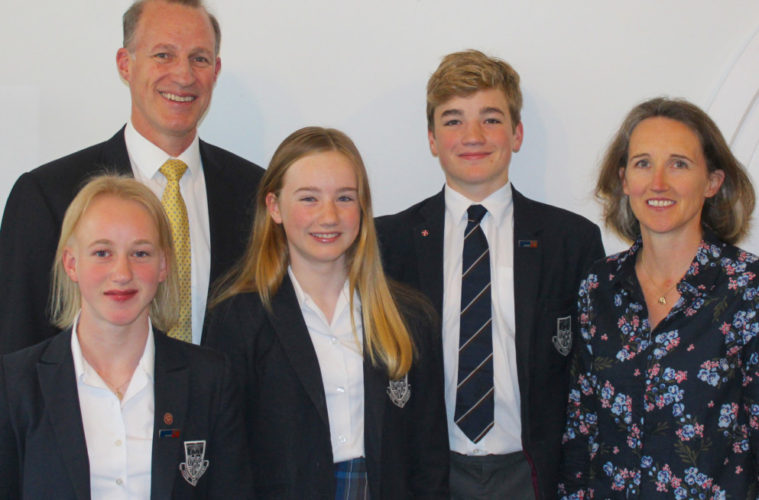 Mr Andrew Gordon-Brown has been selected to succeed Simon Morris as Principal of the Kingswood Foundation and Head of the Senior School from September 2020.

Kingswood School Chairman of Governors, Tim Westbrook, commented, “The Governors are delighted that Andrew will be joining Kingswood; he has the qualities and experience to continue the successful development of the school which has flourished under Simon Morris’ leadership.”

Andrew added, “As a family, we are looking forward to joining the Kingswood community and I am honoured to have been appointed as the next Principal of the Kingswood Foundation. It will be a great privilege to lead such an excellent school, building constructively on Simon Morris’ legacy.”

Current Principal, Simon Morris, said, “I am so pleased that Andrew Gordon-Brown will be my successor as Principal of the Kingswood Foundation. I have much enjoyed leading this very special school in this wonderful city over the past decade and wish Andrew every success when he moves to Bath in 2020. We are so fortunate to have such a wealth of fine schools in Bath and I look forward over my final year at Kingswood to contributing further to the education of the young people who we are so privileged to have in our care.’

Andrew is currently Head of Truro School, which is a member of the Methodist Independent Schools Trust and shares the ethos and values which are central to the success of Kingswood. Educated at Hyde Park High School in Johannesburg, South Africa, Andrew was awarded a Bachelor of Commerce degree from the University of Cape Town before joining Deloitte & Touche in Johannesburg and qualifying as a chartered accountant. He rowed for South Africa in the 1992 Olympics and then studied at Oxford University, gaining a Diploma in Social Studies and a MSc in Agricultural Economics as well as a rowing Blue. He rejoined Deloittes for a period before moving to the UK, spending six years working in the City, before switching careers to teaching.

He initially joined Radley College, where he taught economics and history, and coached rugby and rowing. He subsequently moved to become Deputy Head in charge of the academic side at Stonyhurst College, where he improved academic standards before becoming Senior Deputy with responsibility for the operational day-to-day running of the college. He joined Truro School as Head in 2013. Truro is a similar size to Kingswood, is a co-educational day and boarding school and shares the ethos and values of Kingswood. It provides a similar strong all-round education, academic, sporting and cultural, for children from 3 to 18. It achieves a high value added performance at A level, driven by a focus on the professional development of teachers and coherent departmental self-evaluation.

Married with three children, Andrew is both a sportsman and a music lover. He is a founding trustee of a charity which provides teachers who deliver much of the music in the state education sector in Cornwall.