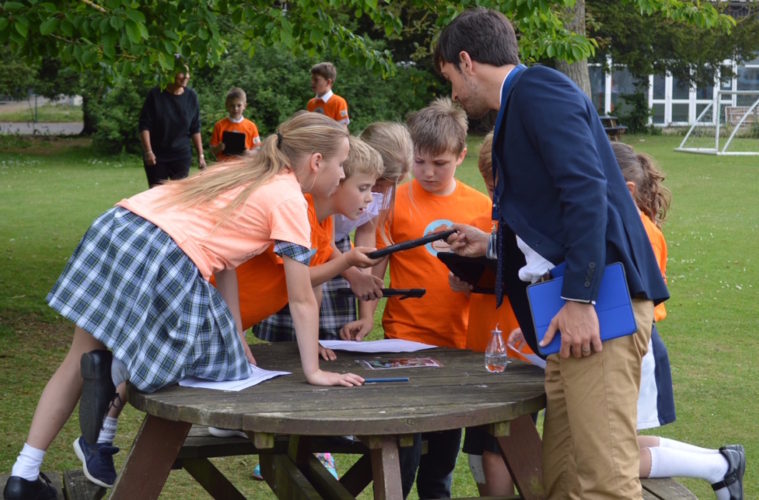 Pupils from Reception to Year 6 at Stonar Prep School recently participated in an augmented reality treasure hunt around the extensive school grounds, answering questions across a range of topics for a charitable cause, to raise money for the Sumatran Orangutan Society.

At the start of this year, the boys and girls were asked to present their suggestions for the Prep school’s chosen charity. All Prep school children then voted to choose which charity they would support for the next year. The winning charity, the Sumatran Orangutan Society (SOS), was put forward by two girls in Year 2 who were aware that the production of palm oil was causing problems and carried out some research to find a charity that was working to put this to a stop. 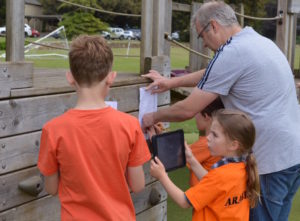 On the 24 May pupils, teachers and parents came together in a sea of orange, iPads in hand, to find well-hidden QR codes and successfully answer as many questions as possible to raise sponsorship money for SOS. While the sponsorship money is still rolling in, it is anticipated that in excess of £1,500 has been raised. 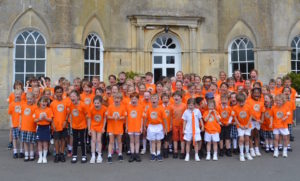 When asked why they felt so passionately about the cause, pupils commented, “Saving endangered animals is important, and by bringing back the rainforests, we’ll also be helping thousands of other types of animal too.”

Picnic in the Park at Alexandra Park