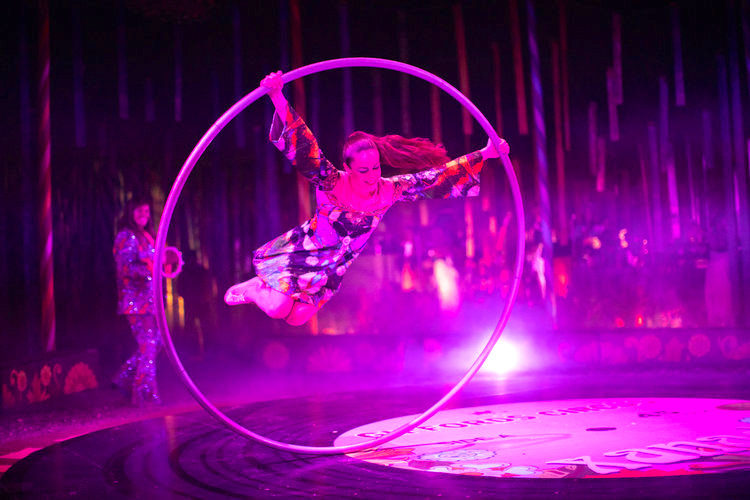 Susy Douch and her family run away to join the circus, for the day…

When I mentioned to friends that we were going to Giffords Circus, they were all very positive and I was pretty sure a fun afternoon was in store. We were certainly not disappointed!

Giffords Circus is a small, traditional English circus which tours the Cotswolds and market towns of the South West every summer. It was established in 2000 by Nell and Toti Gifford, and since then has entertained over a million people, working with a huge variety of performers. Each year, with a new show, the small band perform daily to bring a couple of hours of magical delights to the audience.

Arriving at Fennells Farm was straightforward, the site was clean, well organised and had plenty of parking. Old fashioned showman’s wagons, converted trams and other transport surround the big top all in subtle, stylish maroon and gold decor.

Inside the main performance tent, and in reference to Samuel Taylor-Coleridge’s poem Xanadu, a fantastic pleasure dome wonderland had been created. This was the basis of the story, set in Hyde Park in midsummer 1973 where music, singing, dance, and performance join together in joyful paradise. 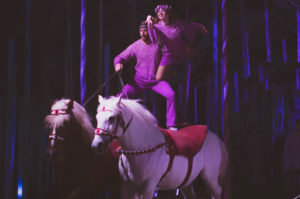 From the outset, the performances were fun and fast moving, keeping even the youngest audience members enthralled. The show began with comedic Tweedy, clowning around in every sense of the word to everyone’s delight. Then came doves, amazing acrobatics by Lily and her cyr wheel, Jacob with fantastic juggling skills, managing to dress at the same time as keeping several balls in the air, mad Annie on her trapeze, beautiful and gentle horse performances from Nell and Red Gifford, and amazing tricks and leaps with skipping ropes from the Beautiful People. Throughout the show, the storyline continued with performers using the various staircases to play out chases.

After a short interval, with time to buy a signed copy of the beautiful storybook, Nell & the Circus of Dreams, and some refreshments, we were back for the second half. As enthralling and entertaining as the first, with more amazing acrobatic displays, performances from the international horse troupe, lots more fooling around in comedy farce along with more singing and dancing kept us all enthralled. 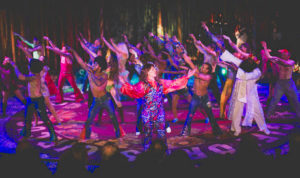 The grand finale of singing and dancing ended with the audience being invited to the ring making it feel like an all-round family show. Unfortunately, it was over all too soon but we left a happy group – my daughter planning her acrobatic/juggling/tightrope/horse performance and requesting that I investigate classes and workshops, my boys synchronised bottle-flipping and all of us looking forward to whatever spectacles the Giffords talent conjure up next year!

Xanadu is on tour until 29 September at various locations in the south west including two relaxed performances in 13 May and 12 August where the lights will be left on, exits left open, a reduced seat capacity and a separate space if a break is required.

Further information and booking for all performances is available online at www.giffordscircus.com 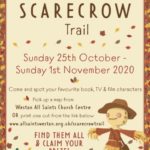