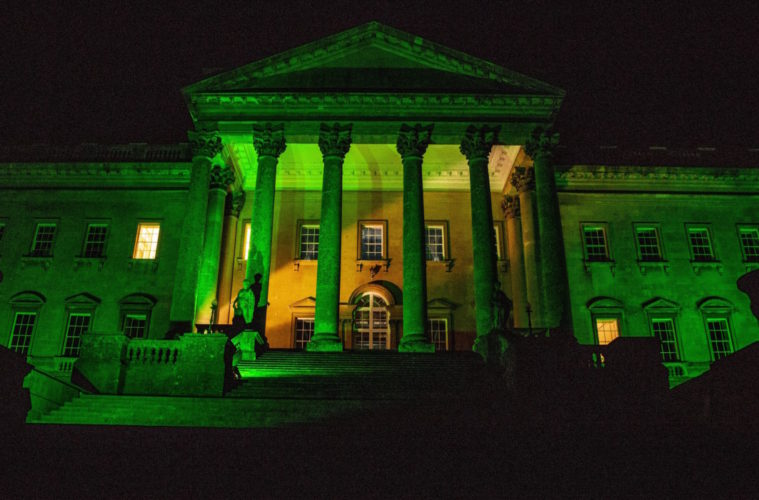 Prior Park College joined other historic buildings around the UK to light up green in support of Global Mitochondrial Disease Awareness Week (15-21 Sept).

The school was initially approached by Bath resident, Sarah Moore, who tragically lost two daughters within six years of each other to Mitochondrial Disease. Sarah has been raising funds for The Lily Foundation, the UK’s leading charity looking to fight the disease, raise awareness and support affected families. To date, Sarah has raised over £12,000.

Prior Park College Headmaster, Ben Horan, commented, “We were incredibly impressed by Sarah when she came to speak to us about her campaign to get local sites involved in ‘Mito Aware’. The mansion was originally built by Ralph Allen ‘for all of Bath to see’ and we thought it fitting to be involved in such a visually impactful way.”

Prior Park College was delighted to join other sites across the UK, from Blackpool Tower to Brighton Pier, in going green.