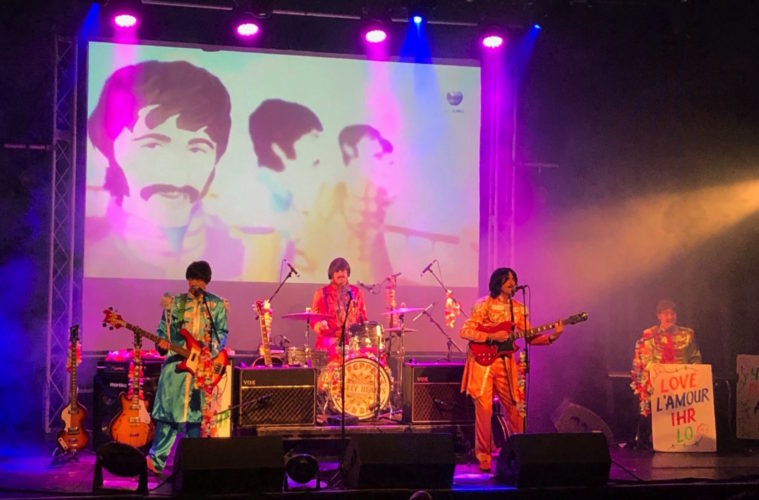 We deserved it – all parents and carers do – an occasional night out without the children and not worrying too much about bedtimes and school the next day.

So with the babysitter booked, we headed off to Komedia in Bath to watch The Beatles live! Well, no, not THE Beatles, but rather The Upbeat Beatles, one of a whatever the collective noun is for Beatles tribute acts – a Fab perhaps… or a Ringo. To be honest, the group didn’t matter too much, rather it was a chance to dress up and chill out without children to look after.

We’ve been the the Komedia on umpteen occasions before, including gigs, comedy and even a science show, and it’s always been a success. There’s a chilled and friendly atmosphere that can make you believe for a while that you’re a young ‘un out clubbing again, without the queues at the bar or the need to imbibe in the excesses of our youth. In fact, a single pint of Gem and a lime and soda water kinda did it for us – there’s nothing like a cheap date!

Having recently enjoyed the excellent film Yesterday, which is stuffed full of the music of the Fab Four, we were well up for the gig, with The Upbeat Beatles coming on stage in full Sgt Pepper outfits and starting straight off with the song of the same name.

And so it went on, hit after unforgettable hit, played superbly with the John, Paul, George and Ringo all taken off superbly by the band, from the voices to the playing and the little mannerisms. We were soon singing – and yes, even dancing (a bit) – along to With A Little Help From My Friends, Something, Come Together, Yesterday and loads more.

Around us, Komedia was not quite full of 30-60ish year olds enjoying a grown-up night out that wasn’t too loud and didn’t go on too late, but allowed us all to dad- and mum-dance to our hearts content without the disapproving glares of embarrassed teenage offspring.

The whole evening was an easy-going bit of fun, with even a Chinese takeaway on the way home (I can’t remember that last time we did that either!).

Being a parent and carer can be awesome and it can be hard work, and you know what, we deserve the occasional treat. The Upbeat Beatles at Komedia was just the thing and we can’t wait to do it again. 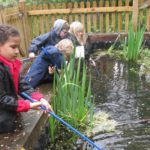