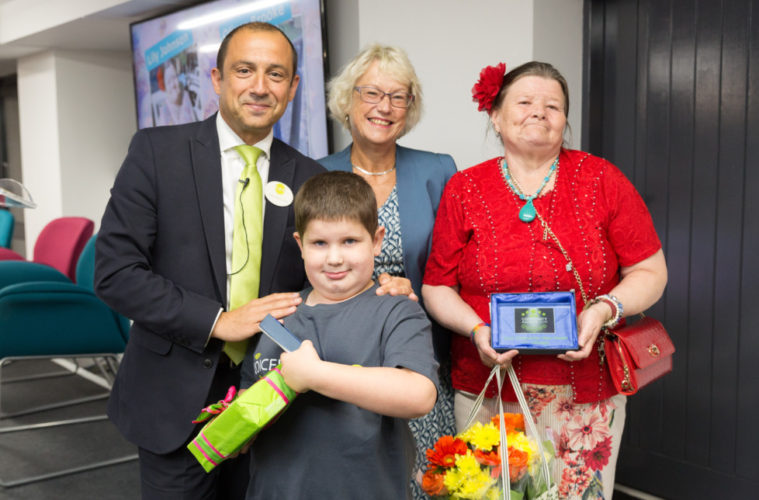 A six year old boy is one of two Bath residents who have been crowned Curo’s 2019 Community Heroes at the housing association’s annual Residents’ Conference held on 17 and 18 September.

Oliver Brooke, along with Lily Johnson, were named the Joint winners of the inaugural Curo Community Hero Award were Bath residents, with the Tintagel Close residents’ association in Keynsham picking up the Community Award. All were nominated by fellow Curo residents for the positive difference they have made in their neighbourhoods.

Community hero Oliver first became involved during one of Curo’s action days at Rosewell Court where he lives. Oliver loved helping out so much that when the local residents’ association asked for litter pickers to keep the estate tidy, Oliver was among the first to volunteer. He is now a regular litter-picker and is out with his community every week helping to keep his neighbourhood tidy.

The Curo Community Hero Award was shared with Lily Johnson of St John’s Court, a Curo sheltered housing scheme in Bathwick. Lily was nominated for the care she shows for her elderly neighbours, and for the endless energy she brings in helping to organise numerous events, from coffee mornings and quizzes to fundraising activities.

Curo Chief Executive, Victor da Cunha, said, “We know that many people do amazing work in their community without the recognition they deserve. We wanted to highlight some of the residents who are often unrecognised community champions; people who make their communities better places to live.

“We also hope that in launching these Curo Community Awards, others will be inspired to get involved, or even perhaps nominate others, in years to come.”

Curo can help residents to get more involved in their community, for example by setting up residents’ associations or organising litter picks. The housing association has grants of up to £500 available for initiatives that benefit Curo residents. Find out more by calling Curo on 01225 366000 or visiting www.curo-group.co.uk/getinvolved.