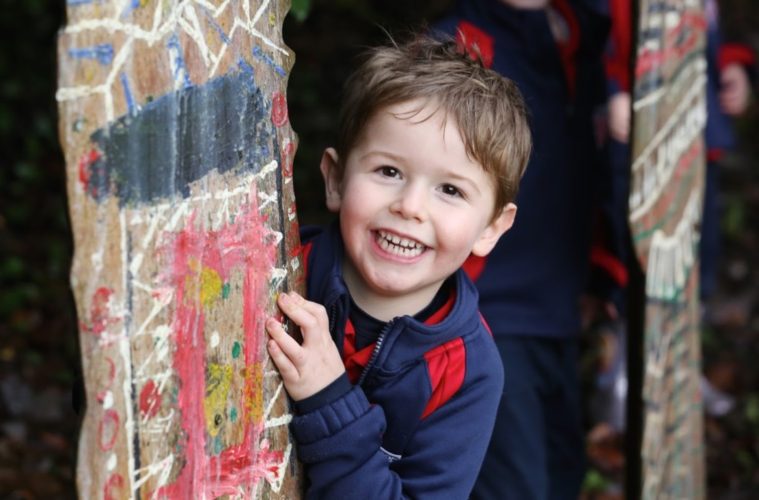 The egg theatre announces one year partnership with The Paragon School

The egg theatre in Bath has announced a year-long partnership with The Paragon School, which will see the school’s staff and pupils involved in creating professional theatre pieces for the egg, as well as providing workshops and events for the school’s pupils.

The first project is Squirrel, the egg’s Christmas show for pre-school and Early Years audiences. Since July, Kate Cross MBE, Director of the egg, and Tim Bell, the egg’s Creative Producer, have been visiting the Paragon’s pre-school to work with children and staff, developing ideas for the production which is to be performed at the egg in December. As part of the project, the children have searched for squirrels in the woods and explored their habitation, created puppet squirrels and developed and performed stories about squirrels.

These activities will continue throughout the Autumn term, forming the basis of the professional production, which will also give the children the opportunity to work with professional actress Caroline Garland, a member of Bath’s Kilter Theatre, previously seen onstage at the egg in the acclaimed Little Mermaid.

Kate Cross said, “We cannot think of a better, nor more beautiful venue than the Paragon School at which to explore children’s responses to squirrels, nature and acorns. Being able to explore our theatrical ideas with the children from the pre-school means that in the final production, all the fascinations, impulses and brilliant ideas from such curious minds can be addressed.

“In Squirrel, we are attempting to make something both entertaining and beautiful in theatrical terms as well as allowing the young children to do whatever feels natural to them throughout the performance. A tall order but one which will be aided enormously by this partnership.”

Mrs Sarah James, Head of Pre-Prep at the school, added, “The Paragon is delighted to be working in collaboration with the egg to produce Squirrel this Christmas. It is a wonderful opportunity for our pupils to be involved in theatre from such a young age. As a creative school which embraces outdoor education, working with the egg on this project is a perfect fit”.

Squirrel is being performed at the egg theatre from Saturday 7 – Sunday 29 December. As part of the partnership with the egg, the parents and children of The Paragon School have been invited to two dedicated performances, enabling them to see the results of their work.

Throughout the remainder of the academic year, the egg’s partnership with The Paragon School will continue with activities planned around World Book Day in March, a Play-in-a-Week project for all the schools’ pupils in May and further events in the Summer Term.

If you would like to find out more about opportunities for schools to work with the egg theatre, please contact James Moore, the egg’s Head of Creative Learning, at email hidden; JavaScript is required

To find out more about how schools may be able to sponsor a production at the egg, or could benefit from partnerships similar to The Paragon School’s, please contact Anji Henderson, Development Officer, at email hidden; JavaScript is required