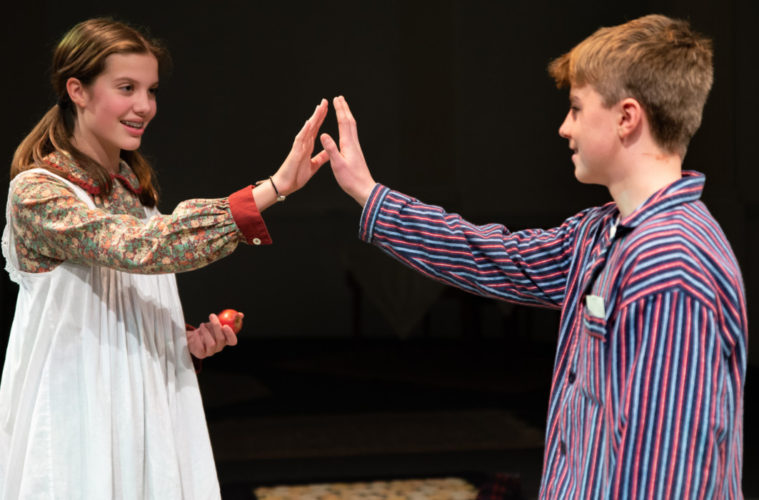 Happy 25th birthday to the Next Stage Theatre Company who are celebrating this most noteworthy of achievements with a production of Tom’s Midnight Garden at The Mission Theatre in Bath. Over that time, Next Stage has introduced many young actors to the performing arts, and this staging of the classic children’s tale by Ann Philippa Pearce is a great way to appreciate the talents of the current class.

Tom’s Midnight Garden tells the tale of young Tom who, in the 1950s, has been sent to live with his aunt and uncle while his brother recovers from the measles. Through his letters to his brother, Tom begins to tell him about the mysterious garden that he discovers at night time and the children he meets there. At first it appears that the children in the garden can’t see Tom, that is, apart from Hetty, with the two soon becoming friends. 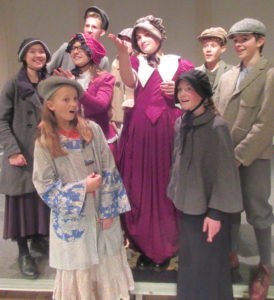 This a wonderfully creative retelling of this children’s classic, with the young cast excelling in their roles. Once again, The Mission Theatre makes the most of the space and minimal props available, with the characters and plot transferring from modern day to Victorian times in a clever and well executed manner.

Young Harry Lewis is particularly engaging as Tom, inquisitive and adventurous in the new world he discovers, and full of childlike intrigue into the ways of time. Similarly, Lily Chapman shows admirable skill and depth in her portrayal of Hatty, at times happy in Tom’s company while at others bullied by her boisterous cousins and challenged by Abel the God-fearing gardener.

Around them, the secondary characters are equally impressively realised, with Tom Pegler making the most of the suitably strict and straitlaced Abel.

Perfectly placed for some half-term family fun, this production by the Next Stage Theatre Company is another wonderful example of prowess and talent of youth theatre in Bath today.