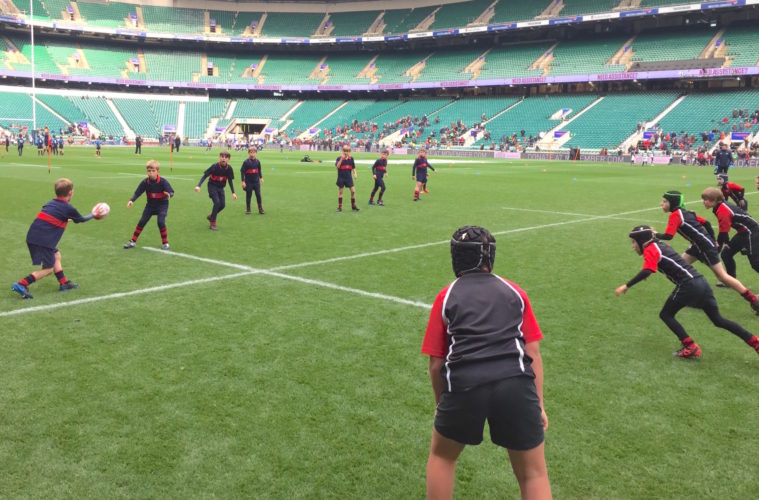 The Paragon School’s U10A rugby team was treated to an incredible experience on Saturday 16 November when it played on Twickenham’s hallowed turf before the Killik Cup match between Fiji and the Barbarians.

The team was invited to play in the mini-festival which saw them face opposition from Hull and Stamford.

Toby Goodman, Paragon’s Director of Sport, said, “It was a fantastic opportunity for the children to play at the Home of Rugby and for them to be inspired by playing on the same pitch as their idols.

“It was a particularly special occasion for one of our boys as he was the third generation of his family to have played at Twickenham, with his father and grandfather having played their previously.”

The team and their families stayed afterwards to watch the exciting encounter between Fiji and the Barbarians, which was won by Fiji 33-31.