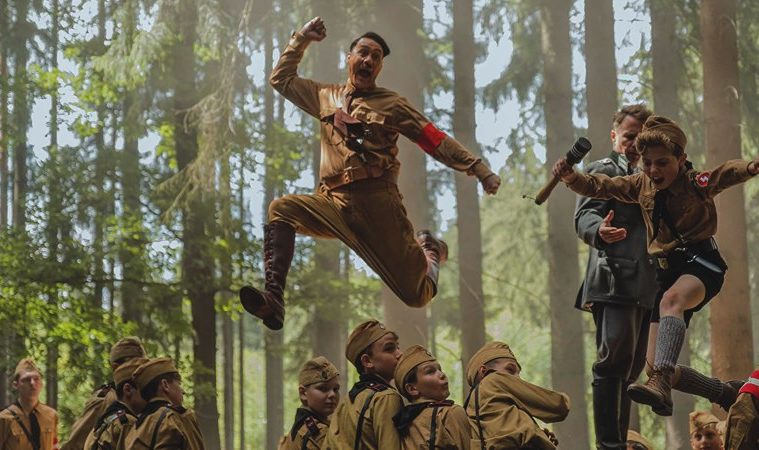 Review – Jojo Rabbit at the Little Theatre Cinema in Bath

Can a film about the Hitler youth be funny, challenging and OK for kids? We think so…

Forget the negative reviews – Jojo Rabbit is a fantastic, funny, clever, challenging and thought-provoking piece of film making, and yes, our kids loved it too.

We’re regular visitors to the excellent Little Theatre cinema in Bath – it’s a great antidote to the super-loud, multi-seat monoliths of blockbuster films that dominate cinema. Not that we’re against the occasional blockbuster, it just that sometimes smaller is better.

However, if, a little while ago, you’d have asked if we would be paying a visit to watch a film about a member of the Hitler Youth with a fanatical obsession for the Fuhrer as he exists in a rapidly collapsing end-of-the-war Germany, I might have seriously doubted it. But there we were, watching the incredible Jojo Rabbit and so glad that we did.

The plot centres on a young German boy in the dying days of World War II who has such a fanatical love for the Fuhrer, that his days as a member of the Hitler youth are accompanied by his own imaginary friend, no other than Adolf himself.

However, young boy’s life is turned upside down when he discovers that his mother (his father is off fighting the war in Italy) is secretly hiding a Jewish girl in their attic. What can he do? He hates Jews and wants to turn her in, but to do so would mean the certain execution of his beloved mother.

What develops is a cleverly worked anti-hate satire that remarkably combines laugh-out loud (and plenty of the audience at the Little Theatre did…) comedy with sharp political comment against a tragedy of history.

The performances throughout are excellent, with young Roman Griffin Davis in the main role simply superb as he struggles with his conflict between going along with the fanaticism of the time, backed up by fear and misinformation taking place around him, and his growing realisation that perhaps it’s not all as clean cut as it’s presented.

Writer-director Taika Waititi (who was also responsible for Thor: Ragnarok) is suitably bonkers as the imaginary Adolf, cleverly transforming from a charming and fun friend to a hate-filled bully. Elsewhere, Scarlett Johansson as the boy’s mother and Sam Rockwell as the German officer tasked with training him are impressive.

So is this a film that you can take your kids to? It very much depends on the kids. There are a couple of shocking scenes that show how enemies of the Fatherland were dealt with, plus very occasional choice language. However, this is also an incredibly funny film that presents the madness of this moment in history in an incredibly accessible and creative way.

The 12A certificate is fully justified, and while our own children were the only ones in the cinema during our visit, they loved the film and were happy to talk about the core subjects afterwards over a post-cinema ice cream.

For more information on dates and prices for Jojo Rabbit at the Little Theatre, click here