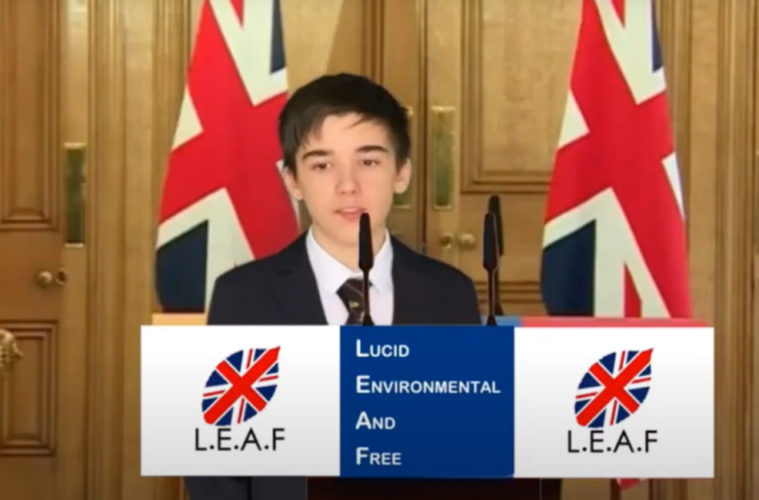 With their annual trip to the Houses of Parliament cancelled, Year 8 pupils at All Hallows school were not to be denied an insight into the world of politics whilst confined to learning remotely at home. Instead they were tasked to come up with policies, party names, campaign speeches and held their own election.

Grouped into virtual political parties, the children decided on the policies that they considered to really matter, created posters and ran online video campaigns to engage potential supporters. The parties – which included ‘The Central Party’, ‘LEAF’, ‘The Muted’ and ‘The Today Party’ – came up with some fantastic ideas to campaign on:

• Industries who disregard the 2010 Act of Equality and do not offer equal pay for men and women should be shut down, while fines should be introduced for anyone cutting down trees without permission.

• Reduce single use plastic by ensuring vendors provide straws only on request.

• Smokers will pay 70% of the cost of any NHS treatment for smoking related illnesses.

• Reduce the voting age to 16 and restrict voting for the over 70s.

• Raise taxes to make a springboard fund to get out of the COV19 economic slump.

• Introduce politics into the school syllabus at an earlier age.

Campaigning took place in earnest via the sharing of posters and online teams meetings with some very impressive election speeches, which can be seen here https://bit.ly/AH-Y8-Elections

It was a very close battle with different parties being commended for eloquent and balanced speeches; punchy, powerful slogans and superb use of ICT in demonstrating how parties market their campaigns. Congratulated for their strong and relevant message as well as a compelling campaign speech, the winners were The Muted.

“It was a real pleasure to see how well the pupils engaged in the process,” said Jack Champness, Deputy Head (Academic). “Despite the trip to Parliament being cancelled, the pupils learned a huge amount through the virtual experience and exemplified the key tenets of our democracy, listening to differing perspectives with respect and even using a few, Commons-style insults to bring the debates to life!”