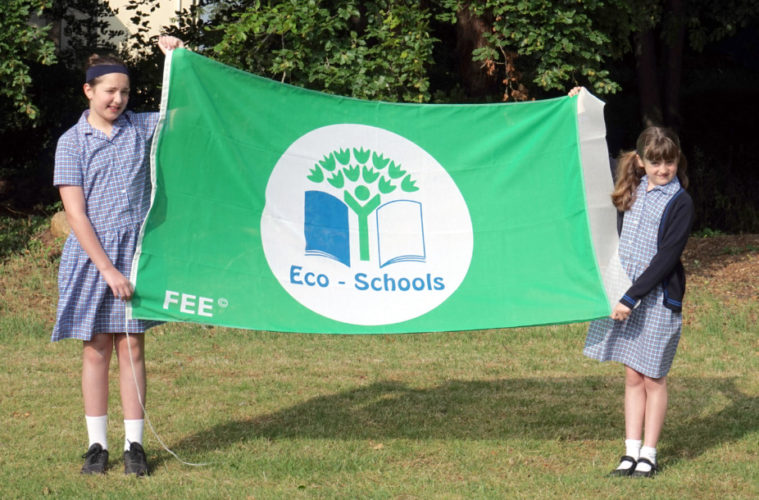 A Wiltshire school is waving the flag for all things green after gaining a top eco award. St Margaret’s Preparatory School in Calne has now received its third Green Flag from Eco-Schools which is part of Keep Britain Tidy.

Luckily St Margaret’s managed to finish its application before lockdown began and instead of an inspector paying a visit, as would normally happen, was judged on its portfolio of work.

‘I would like to thank you for continuing to work on your Eco-Schools Green Flag during these unprecedented time – it is a true reflection of your school’s determination to make a real difference.”

One of the young eco warriors came up with the idea for a competition to see which class could collect the most used batteries so they could be recycled properly.

Emma Symonds, St Margaret’s eco lead and Year 6 teacher, said, “I am very proud of all our Eco-Committee. They led the whole project and decided which of the ten topics listed for the Green Flag award they wanted to work on. They all put in a lot of time and effort and inspired other children.”

Green Flag is the highest of three awards given by Eco-Schools, with the status having to be renewed every two years.