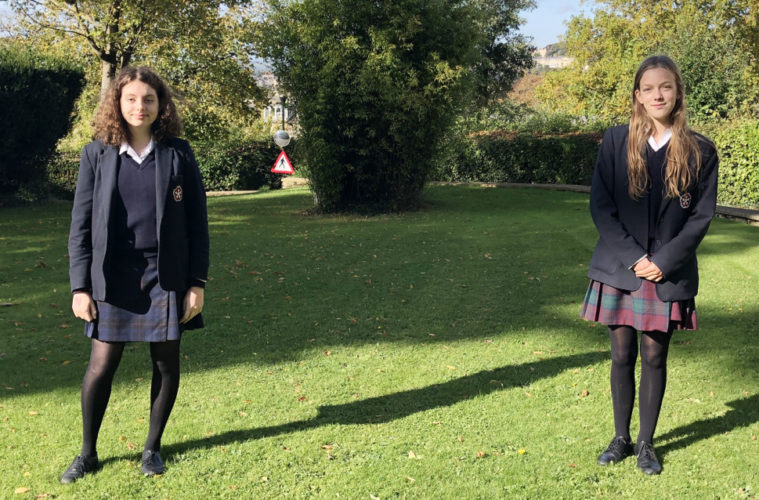 Two pupils from King Edward’s School, Bath have been recognised as among the top young poets in the country today, as The Poetry Society announces the winners of The Foyle Young Poets of the Year Award 2020.

In a virtual prize-giving ceremony, Anna and Elise were among the top 15 winners and 85 commended poets who will see their poetry published in a printed winners’ anthology (available from March 2021) or an online anthology.  Both anthologies showcase the talent of the winners and are distributed free to thousands of schools, libraries, reading groups and poetry lovers across the UK and the world.

Run by The Poetry Society and generously supported by the Foyle Foundation, this has been an extraordinary 22nd year for the Foyle Young Poets of the Year Award.  Since 1998, the award has been finding, celebrating and supporting the very best young poets from around the world, and is firmly established as the leading competition for young poets aged between 11 and 17 years old.

15,966 poems (44% more poems than in 2019) from 6,791 young poets were entered, with a record-breaking 118 countries involved including North Korea, Afghanistan and Ecuador. From these poems, this year’s judges, Keith Jarrett and Maura Dooley, selected 100 winners, made up of 15 top poets and 85 commended poets.

Keith Jarrett, Judge, Foyle Young Poets of the Year Award 2020, said, “It’s been a privilege judging this year’s prize. At a time when so many of us have been physically separated from friends and family, I’ve felt connected to thousands of young voices from around the world [through their words]. The poems have been passionate, political, tender, troubling, humorous and, in many cases, brave.”

Judith Palmer, Director, The Poetry Society, acknowledged the difficult choices the judges faced in a bumper year of competition entries. “A huge congratulations to all 100 young poets and an enormous thank you to our judges. This has been a year like no other for Foyle; with the competition launching at the height of the pandemic and the start of lockdown and closure of schools it was uncertain for us how the competition would fare.

“It has in fact been amazing to see so many entries. Poetry is a source of self expression, and I think at this time more of us are turning to it to make sense of the world around us, to remember what makes us who we are, and to just lift our spirits. For a young poet to reach the top 100 in such a competitive year is a huge achievement and one to be proud of.”

Anna’s top 15 poem, Barcodes, features in King Edward’s own Anthology this year, and led to Anna being one of two runners-up in the Year 7-8 category of the school’s annual Poetry Competition. Her poem, with columns of text to evoke a barcode, really adds to the meaning and impact of the poem.  Commenting on her tremendous achievement of being one of the top young poets of the year, Anna said, ‘The concept for Barcodes came from a podcast called Last Word on Radio 4, which looks at the lives of relatively unknown people. It struck me that all success is not recognised, and that inspired my poem.’

Congratulating both Anna and Elise, Mrs Catherine Bruton, an English teacher at KES, bestselling author, and editor of the School’s Anthology, said, “I am so thrilled for Anna who is possessed of the most glorious imagination and the very soul of a writer – she always has a story (or four!) on the go and she has a poet’s ability to make us see the everyday in a whole new light.

“Elise’s achievement is all the more remarkable in that she has made the top 100 two year’s running. Not that it comes to any surprise to those of us familiar with her work – she spins words into pure gold, her use of language is breathtakingly beautiful and insightful.”