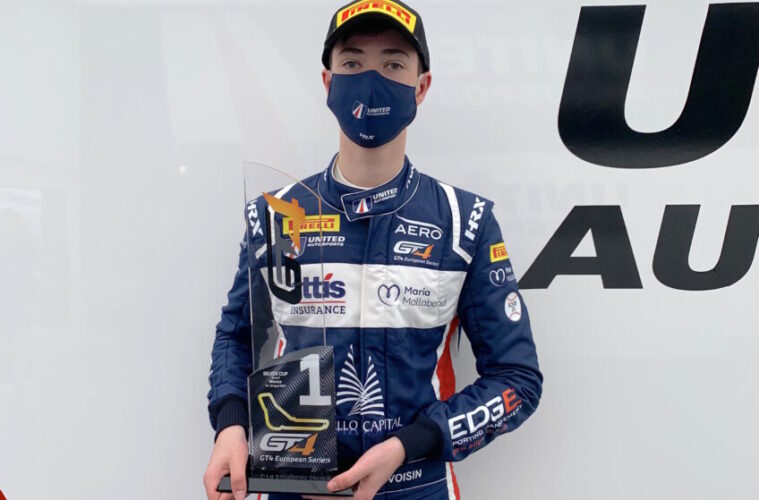 Year 13 Kingswood School student, Bailey, raced to a double victory in the opening weekend of the GT4 European Series at Monza in Italy.

The Championship is the largest and most supported GT4 series globally, with Bailey competing in his first race as a pro, his first time at Monza and his first race in the McLaren. With 46 cars on the grid, the race was an hour long with a pitstop midway through to change drivers with Bailey’s teammate, Charlie. Together, they sped to victory in both GT4 races!

“Just a fantastic weekend from everyone at United,” said Bailey after the race. “I couldn’t have asked for much of a better weekend for my first ever GT4 race.”

Bailey is signed to United Autosports for the 2021 season to drive a McLaren 570S in the European Championship and the next race is at Circuit Paul Ricard in France on 29/30 May. Kingswood continues to support Bailey by providing a flexible programme of education which has allowed him to pursue his racing career.

Mr Steven Smyth, Bailey’s House Master, commented, “Bailey has had to make a number sacrifices in order to pursue his passion for motor racing, so that is why he thoroughly deserves the success that comes his way.”

A full review of the two races at Monza can be found at: https://european.gt4series.com/news/133/united-autosports-completes-stellar-debut-weekend-with-second-win-at-monza.