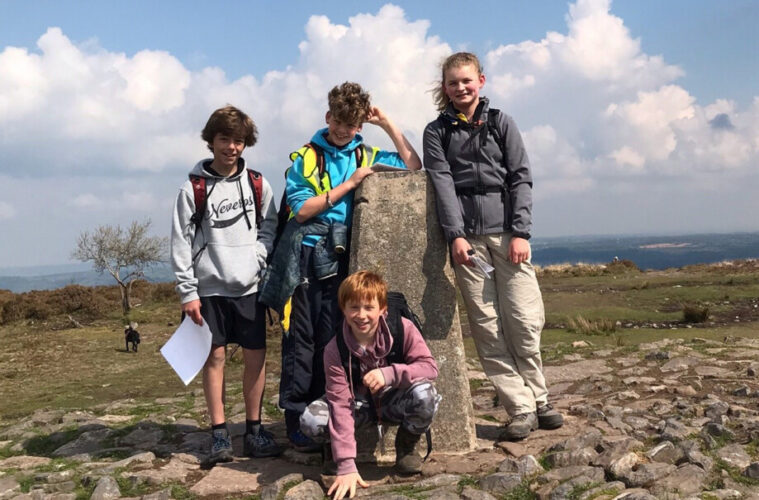 A group of intrepid All Hallows Year 7 children had been training each weekend throughout the summer term in preparation for the Youth Exmoor Challenge. Only a week before the event was due to take place, the devastating news came through that, due to Covid restrictions, the 2021 challenge was cancelled. Needless to say, the children were bitterly disappointed. However, spurred on by their own determination and resilience, they insisted on completing the challenge together, despite the overall competition not taking place.

The 16 mile orienteering walk is not to be attempted by the faint-hearted. Unphased by having just over 12 hours rest since returning from Year 7 camp, the teams of four set off onto Exmoor. Parents and old boys made up their support crew by manning checkpoints and monitoring walky-talkies along the set route. The children attacked the course with high spirits and courage, overcoming many unforeseen obstacles along the way, and keeping calm and collected, despite this being the first time they had navigated on their own.

At the finish line, each team cheered for one another and kept the momentum going. There was plenty of energy and excitement – it was hard to believe the children had just walked 16 miles across rugged terrain in the hot summer sun. In recognition of their momentous effort, the children were presented with T-shirts to celebrate their commitment to the challenge.

Lucy Mackenzie, All Hallows Director of School Operations, who supported the children throughout their training and preparation, said, “I am so very proud of everything the children have achieved. They have shown true All Hallows’ spirit throughout all aspects of the challenge, even when it was cancelled. The resilience each child has shown is admirable and they are a not only a credit to All Hallows, but also to themselves.”