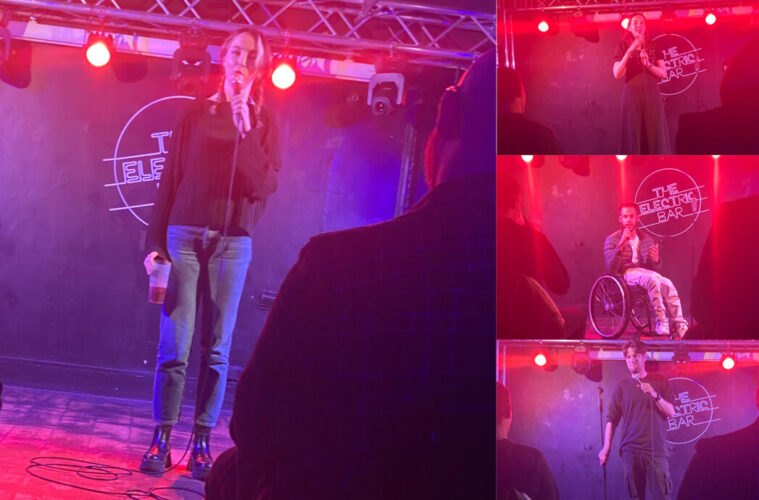 Go on, you deserve it – book the babysitters and make the most of a parents-only night out. Three weeks (or is it four…) into the new school term and my wife and I needed a treat. The all new The Electric Comedy Club at Komedia in Bath looked like the perfect solution – just £5 a ticket and all over by before 10pm meaning we weren’t even late home.

This is a little different to most of the shows we’ve enjoyed at Komedia in that it all took place in the foyer, with about 60 seats, all pre-booked, giving the whole occasion a cosy, low-key atmosphere. The idea here is that you have a professional host, four up and coming comedians and then a professional headliner. Each of the support acts got around 10-15 minutes, a little longer for the headliner and a break half-way to enjoy a drink from the bar.

Our compare for the evening was Morgan Rees, a very likeable and quick witted comic with a real talent for bouncing off the feedback from his audience chat. Mind you, with a crocodile expert, prison warden and maths Phd students in the audience, he struck gold for decent material.

When it came to the newbies, OK, yes, the performances were at times mixed, although there was clearly some real potential here just in need of a little experience and polishing. First up was Chelsea Birkby (photo top right), full of nerves and getting over a false start to hit her stride on material that largely focused on her own mental health challenges. Now while this might not sound rich pickings for comedy, Chelsea’s likeable style helped her and increasingly confident delivery proved a real hit with the enthusiastic and supportive audience.

Next up was Mac Bernie (photo middle right) and sorry Mac, this just didn’t work for me. With the possible exception of him questioning why, as a wheelchair user he insists on wearing shoes – “It’s a bit like Stevie Wonder wearing contact lenses,” – I’m afraid his material just wasn’t that sharp.

As the evening progressed, so that standard improved, with the next two – Alex Farrow (photo bottom right) and Eva Bindeman, each either side of the intermission, displaying more confidence and confidence in their material, and both going down well with the sell-out crowd.

And then the top of bill was on, a Scottish comedian, former stripper, TV regular and by far the star of the show Fern Brady (main photo), who could get away with trying out clearly new material (the notebook kind of gives it away) – and even scrapping some mid monologue – as a result of great delivery and just knowing how to work the crowd. Talking about her relationship and hatred of marriage – before admitting that she wanted to get married – as well as life in lock down, this was quality comedy from an experience and worldlywise performer, and certainly worth the ticket price on her own.

By 9.50pm, the whole thing was over and we were on our way home, not too tired to face the prospect of school runs and work the next day, and with the teenagers still up when we got back. I’ve always been a big fan of Komedia – we’ve already got our tickets for Mark Watson in October and Michael Spicer later in the year, while the Doctor Who improv on 24 Oct is apparently great for the whole family – and The Electric Comedy Club is yet another feather in its hat. Taking place on the last Monday of each month, go on, book the babysitters and give yourself a treat.

To find out about the upcoming events at Komedia, click here 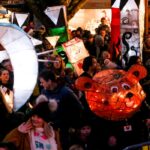 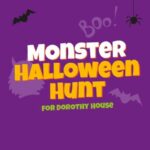 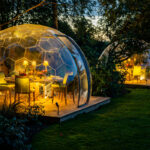 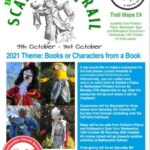