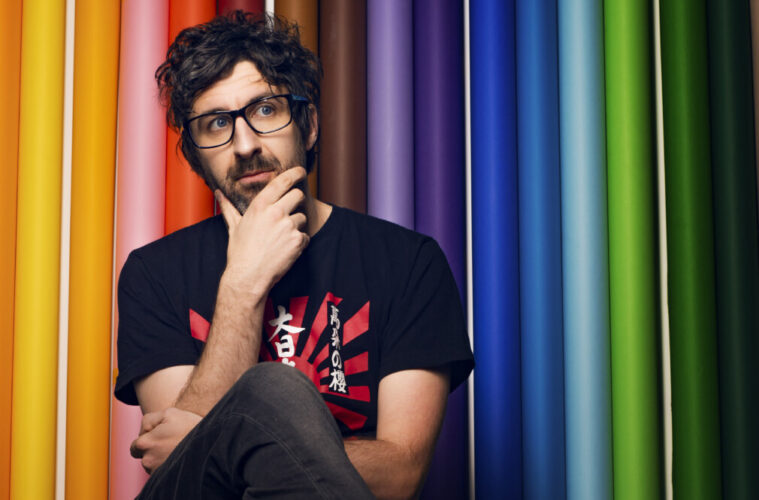 Yes, you’re right, our children do grow up so quickly. It seems like only a year or so that my oldest son was a a cheeky, knee-high tyke looking forward to his first sleepover with his friends and making plans for Christmas from about June onwards. Now he’s 14, taller then me, getting into Led Zeppelin and considering A-level options!

While I miss the old days, there are massive benefits here, the most recent of which being that he could come along with me to see Mark Watson at Komedia without lying about his age or walking on tip-toes to look taller.

Komedia’s a great venue for music, comedy and cabaret and I’ve been along so many times, although always with grown-up company. This time there was something extra special about the evening, being able to enjoy it with my son in an atmosphere that I knew from experience would be welcoming and easy going.

Mark Watson is probably best known from so many comedy panel show appearances, including of course the excellent Taskmaster, where he appeared alongside Nish Kumar, Aisling Bea and the wonderful Bob Mortimer. Best for us, though, as a local(ish) fella – he’s a Bristol boy – he’s a relative regular at Komedia, with the queue outside and the lack of empty seats within testament to his popularity.

As it happens, the gig was a perfect introduction to comedy nights out for my son. We loved the way Mark Watson just kind of wandered on to the stage in jeans and a T-shirt, and straight away was superb with his rambling delivery on subjects ranging from the inevitable challenges of the lockdown to divorce, parenting, being well known and how long he’s going to live.

While there was a small amount of chat with the audience, it was all good natured, very funny and not at all picking on anyone, which could have been off-putting for a first gig. Instead, he was just excellent – relaxed, relevant and very funny. Yes, there was a bit of effing and jeffing involved, but let’s be honest, nothing more than you’ll hear at the local skatepark or on the bus home from school.

By the Interval we were already checking the website for more upcoming gigs – the love of Led Zeppelin means Whole Lotta Led in November certainly jumped out, along with Michael Spicer later the same month – and there was even something for my younger 10 year old son, with Any Suggestions Doctor? An Improvised Doctor Who Parody on 24 October, suitable for ages 10+.

So thank you Mark Watson and Komedia for a great night out with my ever-growing son. Give it not too many more years and he’ll be able to drive me home after the gig too!