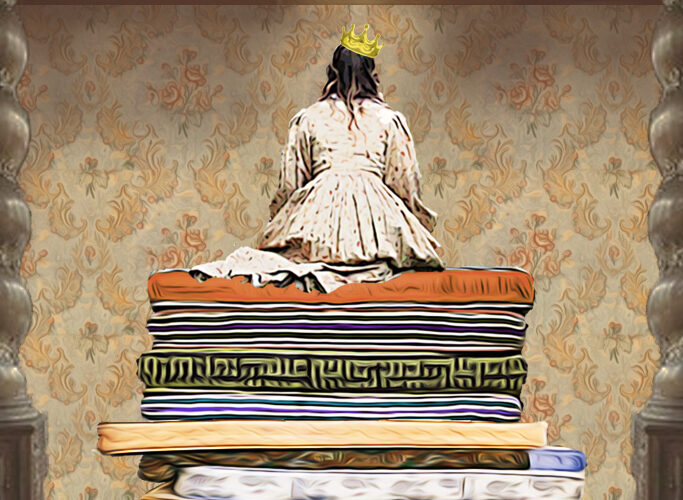 Review – The Panto and the Pea at the Rondo Theatre, Bath

Susy Douch and her family visit The Rondo to see ‘a bonkers new Christmas Show’, The Panto and the Pea

The festive period brings panto season to delight and entertain all ages, and has long been a tradition for many families. Since we hadn’t visited The Rondo before, it served as a double opportunity for a wintery evening out and the chance to see The Panto and the Pea, described by its creators as ‘the colourful, bouncy show that links all the pantomimes and Christmas tales in the world ever into one fabulous festive family treat.’

The Rondo in Larkhall, Bath, is a cosy, intimate venue, seating just over 100, and offering a hugely varied programme including comedy, theatre and music, with an emphasis on new writing and emerging theatre companies. A small bar is run by volunteers serving hot and cold drinks as well as a small selection of snacks which you’re welcome to take to your seats.

Due to the Rondo’s small size and cinema-style arrangement, there are no restricted views, and everyone has good views of the stage. Individuals needing better access are assisted to places on the front row.

I’m not generally a huge fan of pantos but have been to several over the years at the family’s (mostly husband’s) request. However, this performance was an absolute pleasure! If it’s a traditional pantomime you’re after, it might not tick to all of your boxes, but I’m pretty sure you’ll enjoy it. The show is more of a comedy-meets-panto style delivered at a snappy, fast-moving pace.

The show is performed by Bath’s own the Natural Theatre Company, with a cast of just three who worked hard from the outset, with each actor playing a number of roles. They were fantastic and kept the show light and entertaining throughout. There was even some unscripted improvisation when something went slightly off-plan. Audience participation is an obligatory part of panto and of course there were plenty of “It’s behind you” and usual “Oh yes it is, Oh no it isn’ts,” included for good measure, as well as singing and clapping along.

The on-stage set is simple but put to very good, creative use. The show is unique, integrating all of your favourite fairytale and panto characters, from Buttons and the frog prince through to the panto dame and unusual fairy godmother, as well as everything in between! Definitely impressive and very entertaining from a cast of three!

At around 1¼ hours with a 30 second (yes, you did read that correctly!) interval, it was absolutely perfect and ideal for younger audience members who often start to flag in the second half of an evening performance.

Tickets are £16 full, £14 concession with a free ticket when four or more are booked and discounted prices for special performances. Full details and booking online at www.rondotheatre.co.uk