The Royal High School hosted a Public Speaking competition for Bath Schools’ students who speak English as their additional language.

The competition is only open to students who have been studying in an English-speaking environment for less than two years with entrants from Kingswood, Prior, Monkton, Stonar and the Royal High.

Royal High student Triana Rubio Bellon in Year 9 spoke about Endangered Animals, suggesting actions to the audience that we might take. Arya Ma in Year 12 explored a current issue of mislabelling and economic deception, drawing upon an example from her own country China involving the sale of trout as salmon.

Year 8 Jean Yang at the Royal High was awarded first place in the Junior Section with a poignant and humorous take on why we sometimes need to say ‘No’. Jean concluded that because the English use the word ‘sorry’ so much, so long as you say sorry a few times before explaining that you cannot complete a task, it is hugely beneficial!

Mrs Heseltine, EAL co-ordinator at the Royal High and organiser of the event, said, “I was enormously proud of our girls, they had all worked extremely hard to produce and practise their excellent talks. Delivering a speech in a room of 90 people is daunting in itself, never mind in an additional language. All of the students who competed rose to the challenge magnificently.” 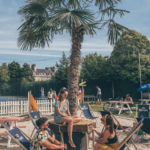 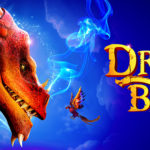