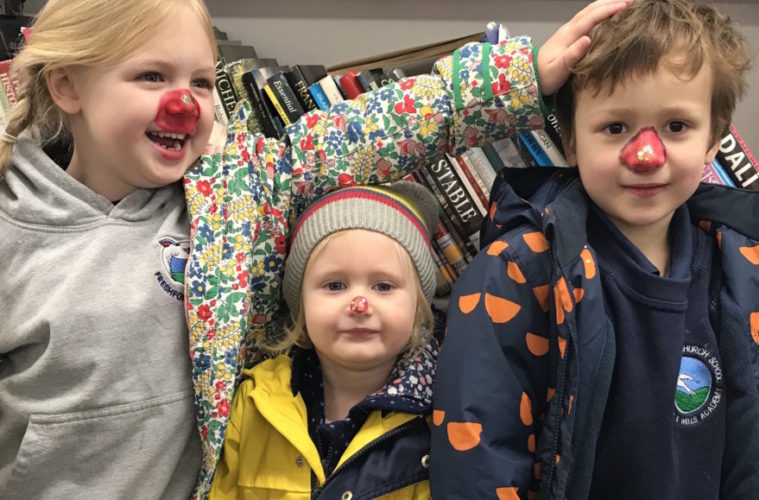 Parent volunteers arrived at the school early to paint red noses on the children and collect donations for Comic Relief. 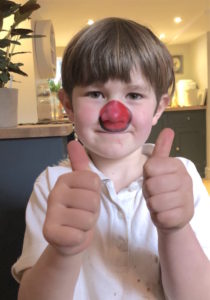 Head teacher Andrew Wishart referred to a quote from American author and activist Marianne Williamson, ‘Children are happy because they don’t have a file in their minds called ‘All the Things That Could Go Wrong.’

“That may once have been true,” said Mr Wishart, “but today our children are increasingly aware of what is going wrong, particularly with our environment. Instead of sitting around thinking about how sad this is, the amazing children in our Plastic Free Schools Team are determined that they will lead our school community to commit in thought, word and deed to ensuring that we explore every possible route in their efforts to eliminate single-use plastics from our community.”

The Plastic Free Schools initiative, run by the charity Surfers Against Sewage, is a pupil-led programme aimed at reducing single-use plastic. After identifying the most prevalent single-use plastics in their school, pupils work to find alternatives.

As well as meeting key curriculum targets, the scheme encourages engagement with the wider community, local politicians and manufacturers of single-use plastics.

Research by the Ellen MacArthur Foundation estimated that at least eight million tonnes of plastic ends up in the ocean each year. This equates to dumping the contents of one rubbish truck into the ocean per minute. If no action is taken, the Foundation’s research predicts this will increase to two per minute by 2030 and four per minute by 2050.