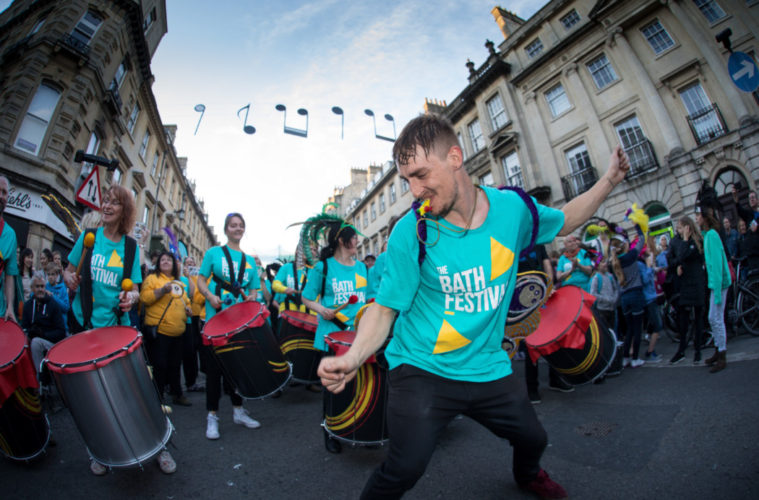 Top Ten events at the Bath Festival, both with and without your children

Georgette Mccready picks her top ten events The Bath Festival events you’ll either want to take the kids to, or book a babysitter so you can go by yourselves

Party in the City
Friday 17 May, from 6pm
The evening of free entertainment in Bath city centre kicks off at 6pm in Kingston Parade, next to Bath Abbey, where a cast of more than 80 local schoolchildren are going to perform a new piece called Pitch Invasion. Enjoy this outdoor performance, which is inspired by the joyful togetherness experienced by football fans – you might even feel moved to join in with a bit of cheering too. After this short show, head for Queen Square, SouthGate or Parade Gardens for more free live music. Pick up a Party in the City programme (for a £1 donation). It will help you discover who’s playing when and where in more than 30 venues around the city. There’ll be stalls selling delicious, fresh cooked street food and festival bars selling a range of drinks. 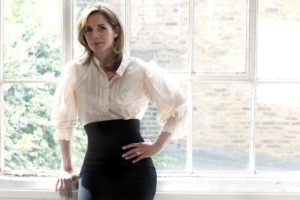 Dame Darcey Bussell
Saturday 18 May, 12.30pm – 1.30pm, Assembly Rooms
This is one for three generations to attend together, from youngsters who are passionate about dance through to grandparents who enjoy the nation’s favourite ballerina in her current role as judge on Strictly Come Dancing. Elegant, charming and full of anecdotes from her dancing and modelling career, Dame Darcey will be talking about her new coffee table book, Evolved.
Tkts: £12 (excluding fees) 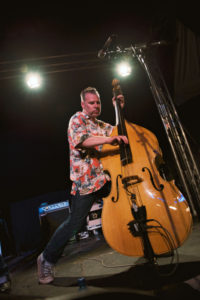 Mark Kermode and The Dodge Brothers
Saturday 18 May, 8pm – 10pm, Assembly Rooms
Make Saturday evening a date night and go along to hear film critic and broadcaster Mark Kermode talk in his usual self-deprecating, humorous style about his memoir, How Does It Feel: A Life of Musical Misadventure. He’ll then be joined on stage by his band, The Dodge Brothers, when the metaphorical rugs will be rolled back to allow dancing, or at least some foot stomping, to The Dodge Brothers unique blend of country blues and skiffle, Expect songs about love, death and transport.
Tkts: from £15 (excluding fees)

Ain’t No Hood Like Motherhood
Thursday 23 May, 8pm – 10pm, Assembly Rooms
This is one for the grown-ups, as glass of prosecco in hand, they laugh and cry together over the shared experience of parenting. Midwife Leah Hazard, author of Hard Pushed: A Midwife’s Story, Gill Middleton (Why Mummy Swears) and @slummysinglemummy Jo Middleton, who wrote Playgroups and Prosecco, will be chatting about childbirth and the highs and lows of parenthood. There will be an interval, in which glasses can be replenished.
Tkts: £12 (excluding fees)

Nicholas Parsons: Just a Laugh a Minute
Friday 24 May, 2pm to 3pm, Assembly Rooms
This is one for Radio 4 listeners who are on flexi-time or self-employed and can squeeze an hour out of their busy lives to hear the veteran radio broadcaster demonstrate that age need not diminish a rapier wit or dim a mischievous sense of humour.
Tkts: £12 (excluding fees) 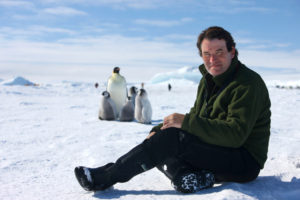 Our Planet
Friday 24 May, 8pm to 9.15pm, Assembly Rooms
This event is for the families who’ve been glued to anything presented by Sir David Attenborough for as long as they can remember. One of the most influential figures of our time, his latest narration for the series Our Planet, broadcast on NETFLIX, looks at the Earth’s most fragile habitats and the species at risk. This will be a chance to view never before behind the scenes footage and hear from film-makers Alastair Fothergill and Keith Scholey about the making of the series.

The Truth About Children
Saturday 25 May, 4.30pm to 5.30pm, Assembly Rooms
Psychotherapist Philippa Perry’s The Book You Wish Your Parents Had Read (and Your Children Will Be Glad That You Did) has been riding high in the bookselling charts. Life-affirming words of wisdom on strong, loving bonds will pick you up and send you back into the family arena feeling more positive about raising well-adjusted children.
Tkts: £10 (excluding fees)

Run For Your Life
Saturday 25 May, 5.45pm to 6.45pm, Assembly Rooms
This is for anyone who’s staggered the couch to 5k route, for those who have wondered halfway round the Bath Half Marathon whether setting a PB was really a good idea, or felt the pride holding a finisher’s medal after completing a triathlon. Runner/writers Vassos Alexander, Ben Smith and Louise Minchin share their running experiences and will send you back out, renewed and reinvigorated to run again.
Tkts: £10 (excluding fees) 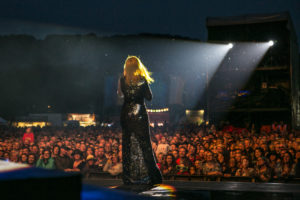 Festival Finale Weekend
Saturday 1 and Sunday 2 June
Introduce your children to the pleasures of a music festival on the green open spaces of the Bath Recreation ground in the city centre. Not only are there great acts to enjoy – chart toppers Mabel, Clean Bandit, Van Morrison and Corinne Bailey Rae among others playing on the main stage – there’s a family zone with fun and games, plus food and drink, loos and the chance for kids to get dressed up, paint their faces and enjoy the festival vibe alongside the adults. And you get to sleep in your own bed, which is always a bonus.
Tkts from: £24.75 juniors, £49.50 adults (excluding fees) Under fives are free

Family arts day and FireFOLK party
both on Bank Holiday Sunday 26 May
Why spend the day in a traffic jam, when you’ve got entertainment laid on in Parade Gardens right here in Bath? The free family arts day runs from 11am til 3pm, with lots of hands-on stuff for kids to do, including trying their hand at all kinds of musical instruments. And the gardens are a relaxed, contained space to enjoy a family picnic and time to chill. You can either leave the kids with a babysitter or bring them with you back to Parade Gardens from 6pm until 10.30pm for an evening featuring the best of the west country’s folk bands. It’s all being held to celebrate the installation of a beautiful new balustrade on the historic bandstand, in a project led by Larkhall based Ironart of Bath. Grab yourselves a family ticket for four, for £30 and join in the party, which will include food and drink and blacksmith demos throughout the evening.