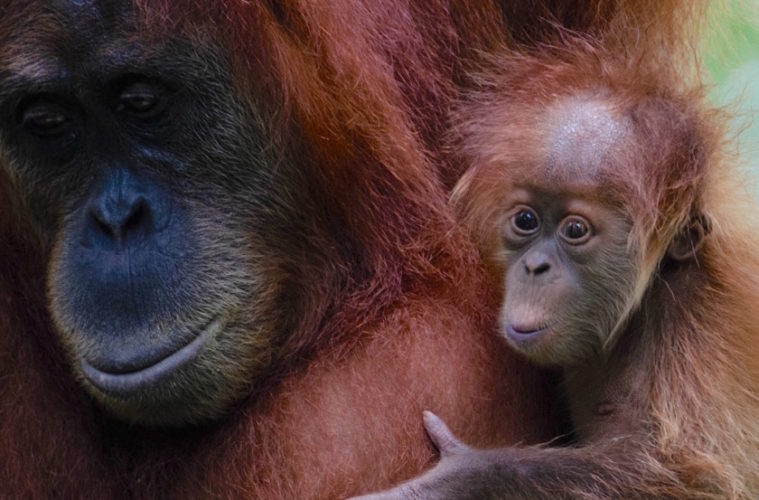 Pupils from Stonar School in Atworth, Wiltshire, have raised £5,156.34 for the Sumatran Orangutan Society (SOS) as the result of a year of fundraising activities, ranging from a  technology treasure hunt using iPads to solve clues around the school grounds, to school movie nights, home clothes day and ice lolly sales.

The charity’s mission is to protect wild orangutans and create safe forests for them and other animals to live in.

The fundraising efforts were led by two girls, Sylvie (7) & Meredith (8), who campaigned to make this the schools charity.

The money was presented to Rachel Goves, a representative from the SOS, during an assembly at the school. As part of the assembly, Rachel talked to the children about the work that the charity does and how the funds raised by Stonar will be used to help protect the orangutans.

“We are always delighted when schools carry out fundraising for us, as not only is the money raised incredibly helpful in achieving our goals in Sumatra, it also shows how much young people care about the environment and understand the importance of protecting it,” she said. “We are grateful to everyone at Stonar School for their hard work in raising over £5,000 for our work in Sumatra.”

When asked why they felt so passionately about the cause, Stonar pupils explained, “Saving endangered animals is important, and by bringing back the rainforests, we’ll also be helping thousands of other types of animal too.”

SOS work around the clock to rescue orangutans in danger, and return them to safe forests where they belong. Together with their partners in Sumatra, SOS are reclaiming and restoring the land for wildlife.