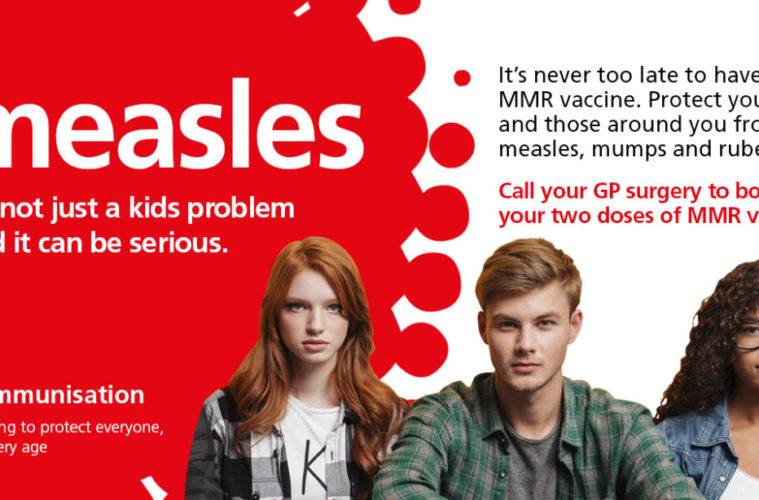 Public Health England (PHE) South West is urging freshers and returning university students to check they’re up to date with student vaccines before the start of the university term. This follows an increase in mumps cases driven by outbreaks at universities across the country earlier this year.

Mumps is a contagious viral infection most recognisable by the painful swellings in the side of the face under the ears (the parotid glands), giving a person with mumps a distinctive ‘hamster face’ appearance.

Mumps usually passes without causing serious illness and severe complications are rare. Mumps can lead to viral meningitis if the virus moves into the outer layer of the brain. Other complications include swelling of the testicles or ovaries (if the affected person has gone through puberty) which may affect a person’s fertility.

The increase in mumps has been mostly driven by outbreaks in university students. Cases were reported across England, predominantly in young adults aged 15 to 34 years.

301 new measles infections were also confirmed in the period between April and June 2019 compared to 231 in the first quarter of 2019. Cases were reported in all regions except the North East. Most cases (266) were in unvaccinated individuals aged 15 years and over.

As part of the Value of Vaccines campaign, PHE is encouraging universities to share vaccine information and resources with their students ahead of and during university term time, to ensure all students are aware of the importance vaccination, particularly MMR and MenACWY.

PHE staff in the South West are attending Freshers Fairs to promote the vaccine, and messaging will be included in email updates and blogs from UCAS.

Dr Julie Yates, Lead Consultant for Screening and Immunisation for Public Health England South West, said, “Although it is normal to see mumps outbreaks in universities every few years, we are seeing a significant number of cases – the highest quarterly figure since 2009. Coupled with the continued measles outbreaks these figures clearly demonstrate the need for sustained high vaccination rates.

“Starting college or university is an important and exciting time. As parents we want to make sure our children, whatever age they are are, are as safe and prepared as they can be when they start on this new adventure.

“One of the things we can do is check to make sure that our young people have had all their vaccinations especially two doses of MMR and the MenACWY vaccine and if not make them an appointment to have them before the university term starts.

“Measles is easy to catch and can kill. Vaccines are there to stop the spread of disease and save lives. It’s never too late to protect yourself and others.”

Nearly half of the mumps cases this quarter were unvaccinated. While the mumps component of the Measles, Mumps and Rubella (MMR) vaccine is highly effective at protecting young children, immunity can reduce over time.

Therefore, older teenagers and adults who received two doses of MMR in childhood can still get mumps although this is generally mild compared to those who are unvaccinated.

Alongside the MMR vaccine, it is also important to remind students to make sure they’ve had the MenACWY vaccine which protects against meningitis and septicaemia (blood poisoning) – which can both be fatal.

Young adults are particularly at risk as they are carriers of the disease. Meningitis and septicaemia caused by the aggressive meningitis W strain previously caused a series of cases in young people.

It is therefore important that all students contact their GP to check that they have had the MenACWY vaccine before starting university or college. If that’s not possible, they should check and, if necessary, have it as soon as they can after they arrive.

Students going to university or college for the first time, including overseas and mature students, who have not yet had the MenACWY vaccine remain eligible up to their 25th birthday.

The MenACWY vaccine is given by a single injection into the upper arm and protects against four different kinds of the meningococcal bacteria that cause meningitis and septicaemia: A, C, W and Y.

The MenACWY vaccine is the best form of protection against these deadly diseases.