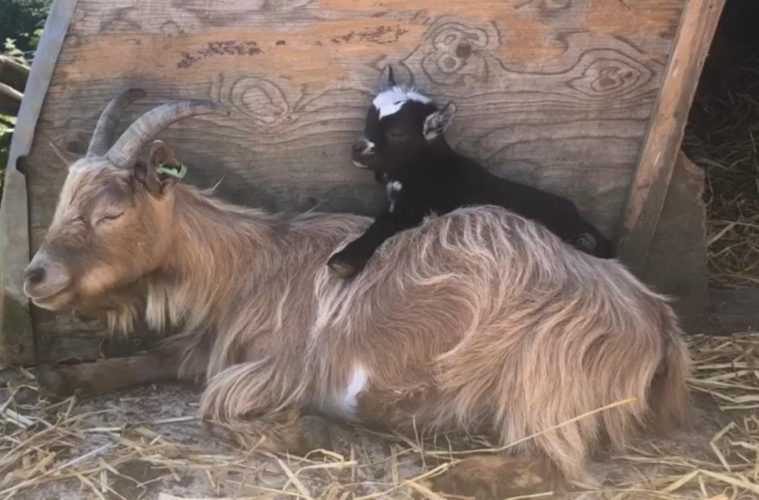 A week after Bath City Farm launched its largest ever fundraising appeal to help keep the charity going, more than 80 people have already donated, including a generous £1,000 from local football team Heritage United.

Set up in 1995 as a City Farm after a campaign to save this much-loved green space, the Farm is looking to raise £50,000 before its 25th birthday in October. With the uncertainty created by Covid-19 and the Farm having to close during the lockdown, the appeal was launched to help raise income and provide the Farm with a chance of reaching its 26th year.

“We have had such a fantastic response to our appeal in the last week with so many generous donations,” said Helen Fisher, the Farm Manager.

“With the warmer weather, we would normally be welcoming thousands of families to the Farm. Due to the loss of all our commercial income during what is normally our busiest time of the year, we are now in a vulnerable position.

“Normally sales from our cafe, events, bookings, school visits and corporate away days make up over a third of our total income. The rest is donated and fundraised thanks to our community, partners and supporters.

“This appeal will play a vital role in securing our future into our 26th year and every pound raised will make a difference to the lives of those people who rely on the farm. All the donations, large and small, have helped us get off to a good start.”

Local Bath based football club, Heritage United, saw Bath City Farms appeal and decided to get creative to help raise funds. Using past recordings from You Tube they hosted a ‘dogs’ racing night on zoom adding their own commentary and raised over a £1,000.

Matt Smith, team captain at Heritage United, said: “We wanted to support a charity we all felt connected too in some way. Bath City Farm resonates with all of us. The work that is done there touches so many people and it is imperative they are supported by the community to continue to deliver the service they do.”

Thousands of people from as far away as Australia have been tuning into the weekly live animal feeding via Facebook – to keep in touch with much loved farm animals and in the last few weeks meet the new additions to the family, including chicks, goat kids and ten piglets.

Members of the Farms staff have cooked and delivered more than 1,000 meals to its volunteers and members of the local community since the lockdown came into force in mid-March.

Its costs around £850 per day to look after the Farm, from feeding the animals to supporting a wider variety of volunteer groups and making sure that the animal enclosures are snug for all of two and four-legged family. Funding for the Farm, which is a charity, comes from trusts, foundations, business supporters and income generated on-site.

You can support the Farm’s appeal via www.bathcityfarm.org.uk/bcf25 and share what the Farm means to you via social media using the hashtag #bcf25. 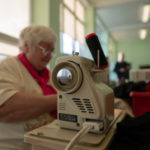 How to Use Your Sewing Machine Workshop – cancelled