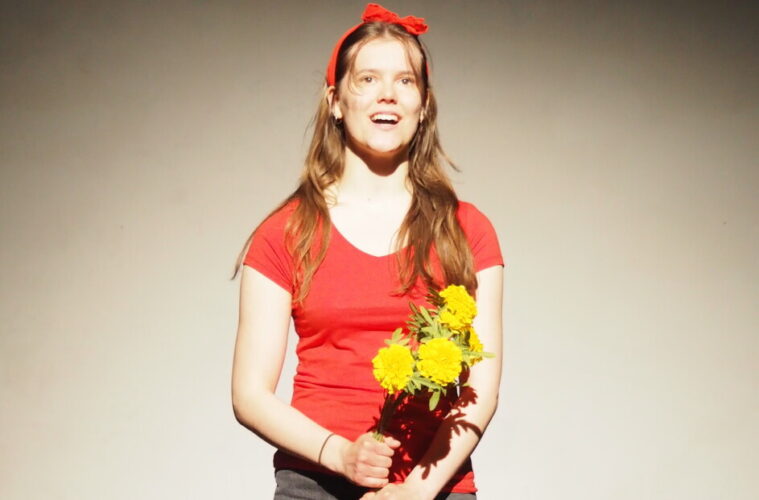 Royal High School is delighted to announce that Tilly Broadbridge, Year 12, has been accepted into the National Youth Theatre.

Tilly has been a Royal High School day girl since Year 7 and now attends the Sixth Form as a drama scholar. Tilly has always had a keen interest in the performing arts having spent most of her childhood dancing, singing and acting since the age of three, but she says, “It was only around the time I was 13 or 14 that I realised how much I loved acting and that it was something I wanted to pursue.”

Tilly’s audition was online and included two rounds, the second of which saw her performing a monologue in different styles from presenting it as if she were a news reader to acting it out as a wizard!

“I was very nervous but it was a great experience, and I felt like I knew what to expect because I auditioned before when I was younger,” said Tilley. “When I found out I had got in, I was ecstatic! I was in English class and couldn’t believe it. I’m so thrilled to be part of a wider network of actors who I can learn and grow from and be part of such an inclusive and diverse environment.”

Tilly will attend the National Youth Theatre’s summer intake in August where she will do two weeks of drama workshops, ending with a showcase. After finishing sixth form, she plans to go to university to study English Literature and Philosophy, and after that, hopes to attend drama school in London or the USA.

Mrs Thorpe, Head of Drama, commented, “Tilly has always been a stand out performer as evidenced in her two time success at the RHS Young Actor of the Year award. Tilly’s commitment to extra-curricular drama inside and outside of school make her an excellent candidate for National Youth Theatre, who only work with the most dedicated and passionate of students. I cannot wait to watch her on the National Theatre stage!”

Find out more about Royal High School at www.royalhighbath.gdst.net