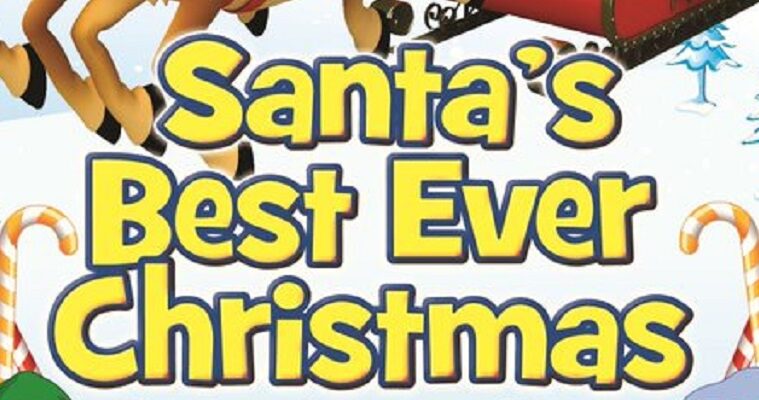 Review – Santa’s Best Ever Christmas at the Neeld Hall, Chippenham

After looking around for a family treat for the start of the Christmas holidays, we came across Santa’s Best Ever Christmas, the recent offering by Honalee Media as part of this year’s nationwide tour of the sell-out The Santa Shows. These productions are designed to be an accessible, affordable, alternative to a pantomime, ideally suited to children between the ages of two and seven. Writer Martin Parsons has previously written for TV favourite Justin Fletcher, and the production certainly had an air of Justin’s House about it – no bad thing in our household!

The basic plot revolved around Dotty the Chief Elf trying to get ready for Christmas, whilst Santa was preoccupied with some mysterious goings-on taking place in the stable. The show had plenty of audience participation throughout, Christmas motifs for the children to recognise and frequent crowd-pleasing songs such as I am the Music Man, If you’re Happy and you Know it, and We wish you a Merry Christmas. Father Christmas even taught us how to say ‘Happy Christmas’ in French, German and Dutch through the medium of song! The cast of two held the show together in an impressive fashion, with special appearances from Rudolph and Pom Pom the Penguin.

It was clear that the young audience, along with parents, carers and grandparents, were having a ball, and our own children couldn’t believe their luck in being allowed to join in with the action! Our three year-old rated the singalong Baby Deer (Baby Shark’s festive cousin?!) her favourite moment, whilst our five year-old loved how the Christmas tree was magically lit up by our singing.

Personally, I was mostly impressed by the stamina of the cast in their entertaining rendition of an alternative 12 Days of Christmas, with them rushing to pack up ‘five teddy bears, four unicorns, three Christmas puds, two toy trains and a star on the Christmas tree’ in time to get them to the wrapping room!

We had never visited the Neeld before, and will certainly return – having recently been refurbished, the venue is modern, bright and welcoming, with an impressive theatre space which has a buzzy feel without being too large.  It is also worth noting that the centre was very clean, with strict Covid protocols in place. The ice creams, sold from the front in the traditional way, and refreshment bar were a nice touch, too!

At 40 minutes duration and with a free Christmas present for every child, meet and greet (and obligatory photo opp) with the Big FC himself, this show was an excellent first introduction to Christmas theatre for anyone not ready for a full pantomime, and could well become a family Christmas tradition for years to come.

For more details about upcoming events at the Neeld Community and Arts Centre, click here