Kate Cross, Director of the Bath’s children’s theatre, the egg, is appointed MBE

Director of the egg theatre, Kate Cross has been appointed an MBE (Member of the British Empire) in this year’s Birthday Honours List in recognition of her work in children’s theatre and for the community of Bath. The award was announced at the weekend.

During her 20 year career at the Theatre Royal Bath, Kate has become a key figure in the arts scene for children and families nationwide. As the driving force behind the creation of the egg theatre in Bath – one of only five dedicated theatre spaces for children and young people in the UK – she now programmes weekly live performances, overseas a vibrant production team, a Theatre School for children and a wide and varied Creative Learning programme for both children and adults.

Kate says, “I feel very touched by this award and honoured to have my work celebrated in this way. I am very lucky to do a job in a place where my personal passions (contemporary theatre, children’s creativity, everyone’s creativity) are given the space and freedom to be fully realised. This honour has vested me with a renewed vigour to pursue my conviction that schools can be more creative, children do enjoy high quality theatre, as yet unknown artists can make better work and that theatre for young audiences can continue to flourish across the UK, regardless of the external forces that may make one think otherwise.”

Kate’s relationship with the Theatre Royal Bath began in 1998, while working as a freelance Education Officer, before joining TRB full time in 1999 as Head of Education. Almost immediately, Kate began the groundwork for the creation of a venue for children, alongside her work in programming quality productions for young audiences.

In 2000, Kate led a group of young people’s theatre members and industry professionals as The FUSE team, to explore possibilities for and to ultimately lead the design for what was to become the egg theatre. The venue, housed in what had previously been a schoolhouse and multi-screen cinema, opened its doors in October 2005, and over the last thirteen years has become a nationally-recognised hub for creativity, hosting not only regular performances and workshops for young audiences, but also national conferences on theatre in education, showcases of new writing, programmes of outreach work across the community and several in-house productions which have gone on to tour nationally.

In her role as Director of the egg theatre, Kate has also inspired many other projects which have changed the working relationships between local schools and the theatre, primarily the School Without Walls project which has seen local schools taking residency in the egg for a term, following a creative curriculum supported by the school.

She is also a former Trustee of 5x5x5=creativity, an independent Arts based research organization which brings together artists, practitioners and educators supporting young people; and since 2017, Kate has been the Chair of the national organisation TYA (Theatre for Young Audiences) UK, the national centre for the international membership association, Assitej.

Danny Moar, Director of the Theatre Royal Bath, aded, “This is a wonderful tribute to the amazing work of Kate and her team at the egg. We’re incredibly proud of all that she has achieved”. 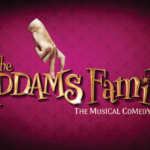 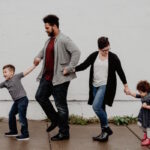