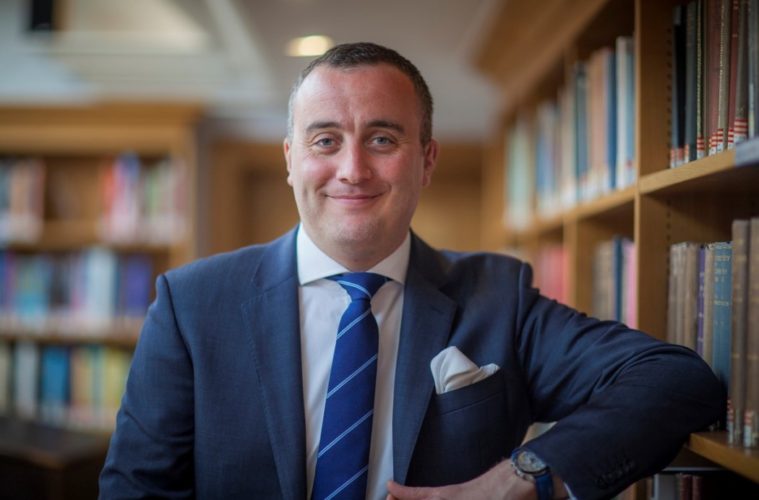 Ben Horan announced as the new headmaster of Prior Park College

The Governors of Prior Park College have appointed Ben Horan as its new Headmaster. Mr Horan succeeds James Murphy-O’Connor and will take up his post on 1 September 2019.

Mr Horan is currently the Senior Deputy Head Academic at Merchant Taylors’ School in London, a post he has held since September 2014. Educated at The John Fisher School in Croydon, Mr Horan read History (Ancient & Modern) at Magdalen College, Oxford. He began his teaching career at St Benedict’s School in Ealing, before moving to Eton College in 2004. At Eton, Mr Horan had a number of roles, including Head of History and History of Art, 1st XV Rugby Coach and Deputy Housemaster. He has spent the past five years at Merchant Taylors’ overseeing the academic development of the school and continuing to be involved in the wider life of the community as a rugby and cricket coach and a pastoral tutor.

Chair of Governors, Mr Michael King, said, “I am very happy that in Ben Horan as Headmaster we have appointed an excellent leader for the College and a worthy successor to James Murphy O’Connor. Ben brings with him a wealth of experience and the Prior Park community looks forward to working with him to continue to develop our long term vision for the College.”

Mr Horan added, “I am honoured to have been appointed as the next Head of Prior Park College. My visits over recent weeks have convinced me that the College is a community which is dedicated to helping its young people grow into happy and successful adults. I look forward to getting to know the staff, parents, alumni and, most of all, Prior Park’s wonderful students.”

Girls Who Code at Bradford on Avon library