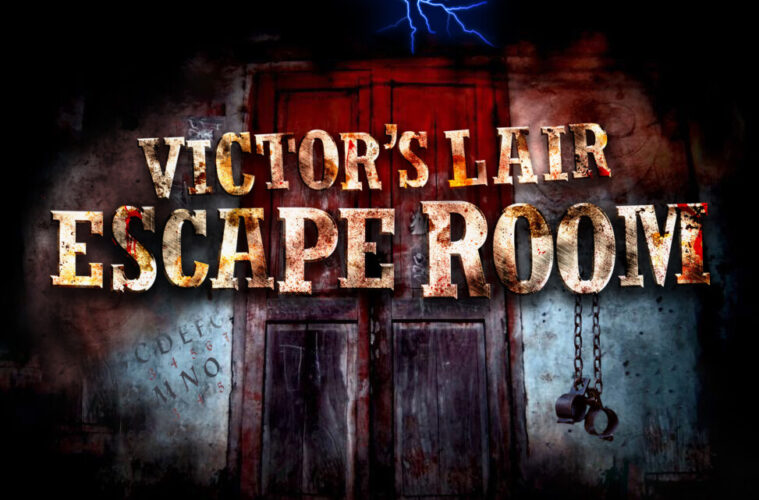 We were trapped and only by solving a series of fiendish clues could we hope to escape. The thing was, we didn’t known where to start, what the clues were or even where to find them.

This puzzling situation was all the result of a visit to Victor’s Lair, the latest creepy addition to Mary Shelley’s House of Frankenstein, Bath’s latest – and we think one of the best – attractions for local families and visitors. We’d paid a family visit to the museum a few weeks ago and loved it (even if the super-scary basement is certainly not for the nervous or younger children – although braver adults will love it!).

For the escape room, our party consisted of me and my two sons aged 14 and 10. We had tried out a few escape rooms in the past (two escapes, one failure), so were relatively confident that we’d manage the challenges to come. Little did we know…

As always the team at House of Frankenstein were welcoming and very friendly, albeit in a slightly cooky, bonkers gothic type of way. With a message from reception up to the lair that the latest victims were ready, we were met by our mad scientist for the day, who explained that we had an hour to escape and we should leave our phones with her to safely look after.

Then the door creaked open, the lights went down and… Well, I can’t really tell you any more because that would give away the secrets. Suffice to say, no, we didn’t escape – but we were close… ish. The great part was that there were elements that all three of us could help with, with my 10 year old solving the first problem while his dad and brother struggled, before we all helped with different elements.

When we did flounder, a knock at the door was swiftly followed by a clue being pushed under the door by our mad scientist helper. Unfortunately, while we did make good progress, the buzzer beat us and we had to be released and accept our failure.

Can we recommend a visit to Victor’s Lair? Absolutely. Is it too creepy for little ones? My ten year old loved it although a few of the props might make real young ‘uns nervous. Perhaps more for older children and parents.

Apparently the House of Frankenstein have a few new creepy events and challenges planned for the months ahead. We will certainly be back…